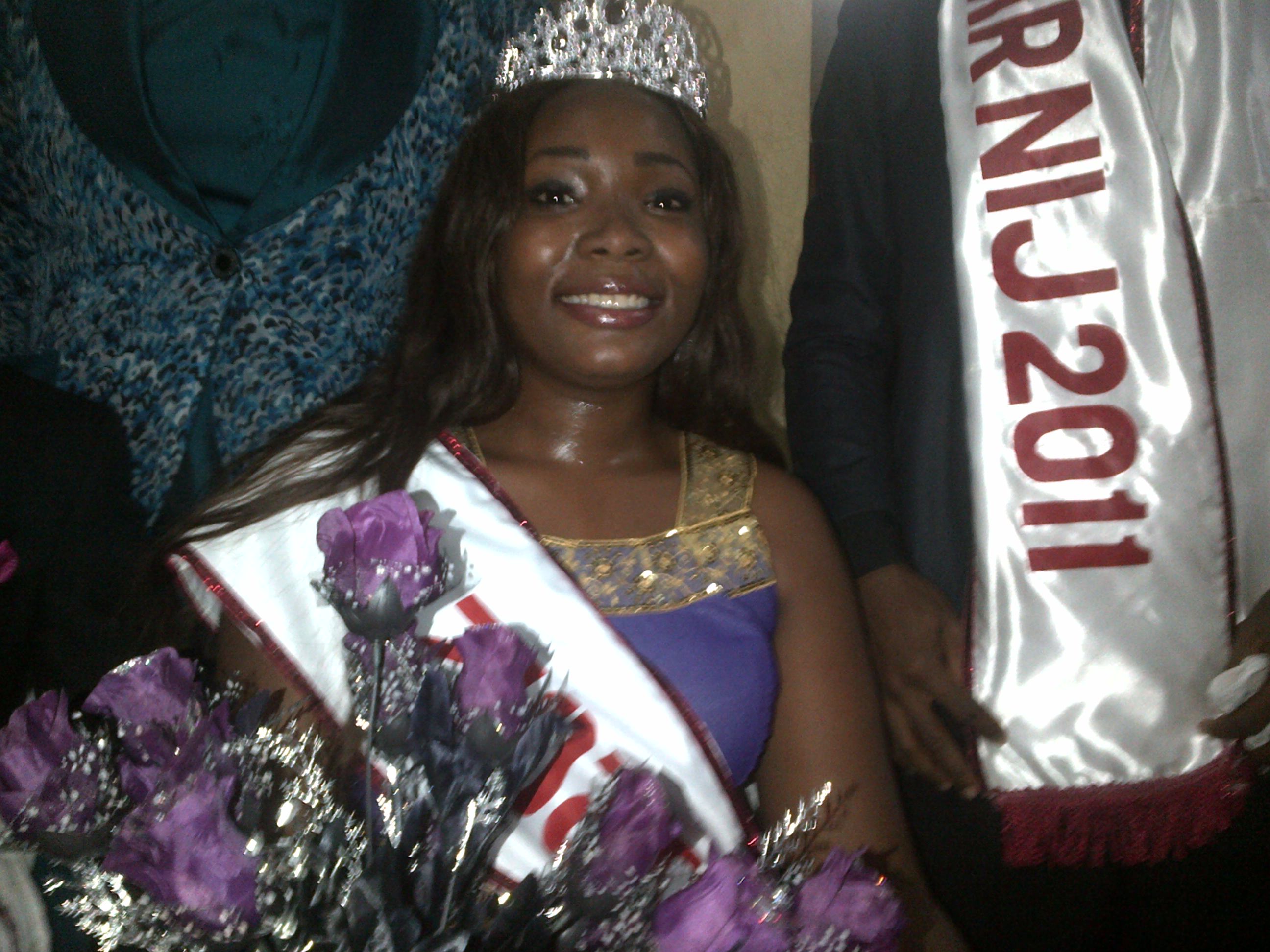 Nineteen-year old Nwajiobi Peace Ngozi from Anambra State, southeast Nigeria, has emerged Miss Nigerian Institute of Journalism, NIJ, 2012, in a contest that was as emotional as controversial.

Alexander Ukem also emerged Mr. NIJ 2012 during a contest that saw students showcase their dancing and communication skills as well as their dress sense and general knowledge mastery.

The enthralling new queen, a first year National Diploma student, is 5.8 feet tall, weighs 70 kilogrammes and is of size 10, said Dekunbi Kuye, one of the organisers of the NIJ pageant.

“I am so so happy but I knew I was going to be one of the top girls,” the new queen said shortly after the event.

“I will improve the way I behave, my way of dressing. I love swimming and reading,” Ngozi said.

The emergence of Ngozi as NIJ queen did not come without controversy.

As Rasheedat Ganiyu, the third runner up, was asked to step aside, students responded with hooting and booing in protests that she was prettier than at least one of the three contestants that were allowed to proceed.

As the booing and hooting persisted, NIJ Provost, Dr. Elizabeth Ikem, appealed for calm, and threatened to cancel the entire pageant if the students did not respect the decision of the panel of judges.

“The judges are men and women of integrity. They have not been bribed by anyone,” Dr. Ikem said.

The judges also stepped forward and explained to the students that NIJ beauty pageant is not all about beauty but intelligence and communication skills are necessary to emerge winner.

The contest was allowed to proceed with Christiana Adeyinka emerging first runner up while Agwazian Ngozi was second runner up.

Teledalashe Onipede and Thomas Femi were the second and third runners up respectively.

Journalism students seemed satisfied with the verdict in the male category.

The beauty contest was the climax of a Students’ Week that saw various students from National Diploma to Postgraduate Diploma levels showcase their oratory and communication skills as well as creativity in various areas.

There were also seminars and interactive sessions and awards given to students who deserved them.

The NIJ Students’ Week ended with a dinner party.

“Everybody is a winner and we are elated to have put this successfully together,” said Gbemile Oluwatosin, HND2 student and Chairman, organising committee of NIJ Students’ Week 2012.