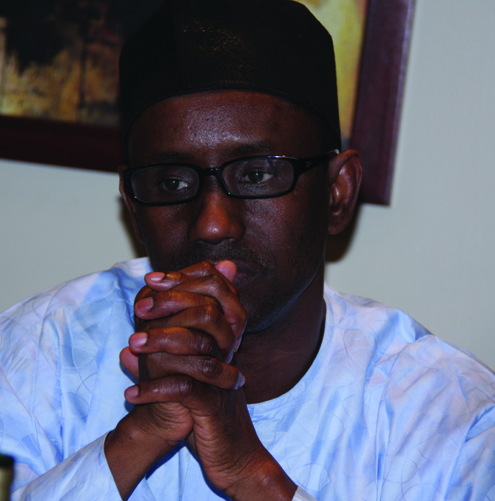 The pioneer Chairman, Economic and Financial Crimes Commission, Malam Nuhu Ribadu has boasted that should he be given the mandate to fish out the thieves of Petroleum Subsidy Fund (PSF), he would only spend a week to deliver on the assignment. Ribadu, stated this while on a visit to the Nigeria Electricity Regulatory Commission (NERC) in Abuja.

He blamed all the atrocities perpetrated in the management of the fund on the regulatory agency, the Petroleum Products Pricing Regulatory Agency (PPRA) that released the fund and could not account for it.

He submitted that as an intelligence chief, he would have simply checked their letters of credit and bill of lading to bring all who benefited from the subsidy to justice.

According to Ribadu, all the regulatory failures in Nigeria are due to the failure of leadership. His words: “Look at the energy sector and see what we are talking about. Most of the problems we are talking about today are failures of regulation or regulators including the subsidy. If the management of PPPRA did its work, nobody will take one penny from government if those agencies do not allow them.

“If I was to handle this subsidy I would just catch PPPRA. I will bring out each one of them and in one week I will get the people responsible because the gatekeeper is the one in charge. I will just get them because nobody will make one penny from the subsidy unless PPPRA allows it. Every single person who benefited
from subsidy I can assure you public officers gained three times more.”

He added that in order to succeed, the NERC chairman, Dr. Sam Amadi “ needs courage to carry out the reform” in the power sector. He however warned Amadi that for him to be a successful regulator, he must not hold interest or stake in the power sector directly or by proxy.

Ribadu condemned the primitive accumulation of wealth and its futility, adding that “in life, you don’t need to have everything because if you die and leave it for your kids, they will misuse it.” He urged Amadi to embark on the power reform with integrity because a foul play could backfire.

He also asked the NERC to guard against interference, which destroyed the power sector before the reform. The ex-EFCC boss posited: “even the work I am doing at the task force, I have seen their hands. That was what they did in this place (power sector) too.”

He revealed that the Taskforce on Petroleum Revenue which he chairs would soon present its report to the Ministry of Petroleum Resources.

Responding, the NERC chairman advised the members of staff to shelve whatever plans they may have to own a stake in the power sector or resign their appointments to become operators, in case they have interest.

While commenting on his presidential ambition, the former EFCC chair admitted that he is now into politics, stressing that he remains in the Action Congress of Nigeria because he wants to be in the opposition.
He noted that if he is availed the same opportunity, he would not hesitate to embark on the presidential race, although he is not desperate.

“If I am given the chance I will do that again. If the opportunity comes as far as I am alive I will make myself available for that. For now I am in politics. For now I am a member of the Action Congress of Nigeria. I am in the opposition,” said Ribadu.

The former EFCC chairman also noted that it was his tenure that investigated the former chairman, Nigeria Ports Authority, Chief Olabode George.

He however explained that George escaped out of the country and only reappeared after (he) Ribadu left office before his arrest, trial and conviction.

On the fuel subsidy, he said: “You said it and you have said it very well. I am yet to submit the report. Although you know the report is not a fuel subsidy report. It is about revenue generation. It is actually different from the things that are ongoing now. But it also have direct correlation with the responsibilities of the regulatory
agencies, particularly the downstream sector. We do intend to come out with our own position.

“You know I mention a bit about subsidy. You know I said it is about failure of regulation. Regulatory failure is directly responsible because it is government money when it goes out it has to go through somebody, who is a government employee, who is given the responsibility to protect it and make sure that we get value for it.

It must be with his own conspiracy that money can go out. And therefore, one will easily or comfortably come to the conclusion that it is failure of the regulator. It is the failure of those with that responsibility. And we will like to see justice done to those who allowed our money to out.”