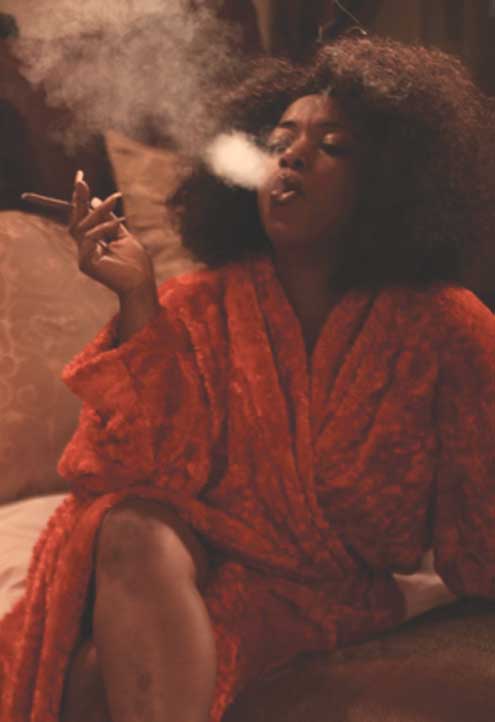 For many industry people and movie lovers who have been waiting to see the delectable Nollywood actress, Bimbo Akintola on the big screen, the wait will soon be over as the actress is back in a new Nollywood musical flick, Hoodrush.

Hoodrush, a musical thriller starring some of the best and emerging young talents in the industry, O. C Ukeje, Gabriel Afolayan, Chelsea Eze, Ijeoma Agu, Lilian Byoma and a host of others, was directed by a young player in the industry, Dimeji Ajibola, CEO, Flipsyde Studios.

The new comer in feature film who has done quite a number of production works for multinationals, media houses and has a number of short films to his credit.

For Bimbo Akintola, starring in Hoodrush was another step in the right direction as she has always been known for stellar performances in her roles. According to Ajibola, who equally is the writer of the movie, “Bimbo’s performance in this movie is something people should watch out for as she gave the kind of performance that only a Bimbo Akintola can give.”

Hoodrush tells a story of two brothers closely bonded by their love for music; but deeply separated by their means for success. Shez and Tavier are two of a kind pursuing the dream of becoming music stars. But all they have is their amazing vocal talents, good looks, a bed in the ghetto and a menial job that could hardly pay for their clothing and feeding.

They soon realise they need more to achieve their dreams, and participating in and hoping to win a credible talent hunt show comes as their only natural option. Being at the bottom of the societal grid, ghetto life’s ugly fabric begins to wear on them and their eventual vulnerability puts them at the mercy of the high and mighty.

The film will be in cinemas from 12 October.