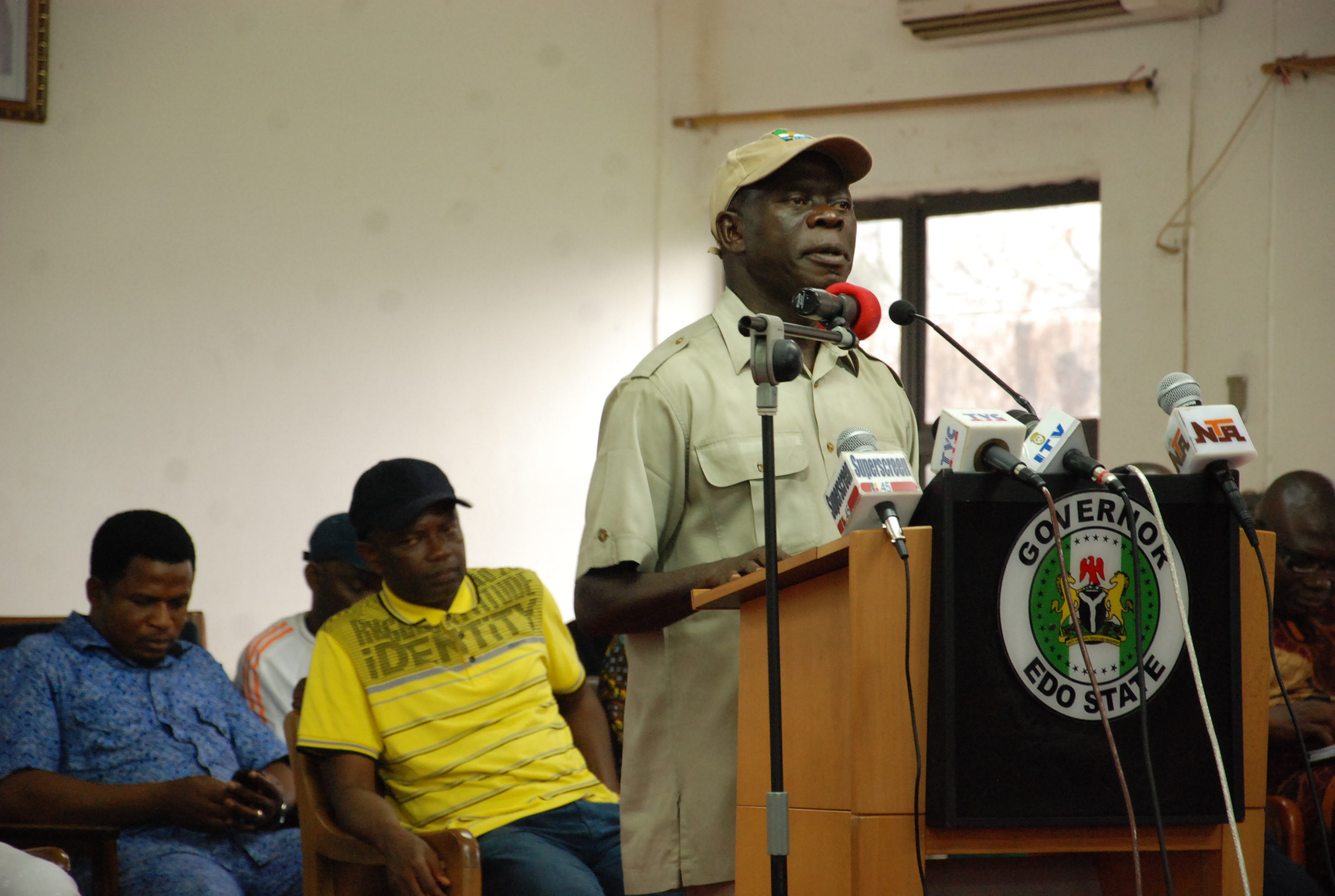 .Promises not to disappoint at victory rally in Benin

Governor Adams Oshiomhole of the Action Congress Party of Nigeria was this morning officially declared winner of the election held yesterday by the Independent National Electoral Commission.

He defeated Major General Charles Airhiavbere, of the Peoples Democratic Party by a very wide margin.

According to the results declared today by the INEC, Oshiomhole polled 477,478 votes. The PDP candidate mustered a distant 144,235 votes.

The accredited voters were 667,993 out of a registered voters of 1.6 million.

Speaking to his jubilant supporters after the declaration by the INEC returning officer, Professor Osayuki Oshodi, Oshiomhole, who defied an early morning downpour, assured the people of Edo that he would not disappoint them in his second term.

Addressing a crowd at Ring Road in Benin on Sunday, Oshiomhole said his victory in the Edo governorship election was an indication that the people had spoken.

He said his administration would continue with the good work it started three and a half years ago.

He commended the people for remaining steadfast in ensuring his victory.

Oshiomhole had defied an early morning rain and embarked on a victory parade in the streets of Benin.

At Ring Road, Oshiomhole mounted a jeep where he addressed people, who thronged the streets of Benin to celebrate the victory.

The Returning Officer, Professor Osayuki Oshodi , who officially announced the result of the election at INEC headquarters in Benin, said Oshiomhole scored 477,478 votes to defeat five other candidates in the election.

Oshodi, who is the Vice-Chancellor of University of Benin, further announced that Mr Andrew Igwemoh of Labour Party scored 604 votes, while Mr Paul Orunmwese of National Conscience Party scored 540 votes in the contest,

He said that Oshiomhole, who is the incumbent, won in the 18 local government areas of the state and satisfied the requirements of the law to be declared winner of the contest.