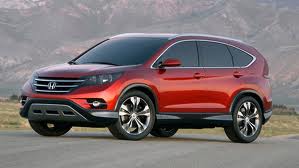 Japan’s Honda Motor said Thursday it is recalling more than 320,000 vehicles worldwide because of a door lock defect.

The faulty locks could allow the vehicles’ doors to open unexpectedly, the automaker said, adding that its recall was for the 2012 CR-V sports utility vehicle and 2013 Acura ILX sedan.

The vast majority of the recall is for the CR-V model, sold mainly into Japan, North America, China and South America.

About 7,300 Acura models would be recalled from North America, the company added.

No accidents or injuries have been reported due to the door lock defect, a Honda spokesman said.

Japan’s car giants have recalled millions of vehicles in recent years as they have become more proactive about dealing with faults.