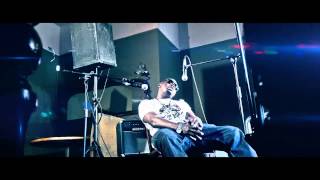 Soundknockdown, a.k.a SKD, a Nigerian born rapper, now based in London, has released his fifth music video, “what’s my name’, part of his upcoming album, titled ‘passion beyond reason’, his agent, Wendy Byrne said in an e-mail to P.M.NEWS Entertainment.

Listen to the music here:

SKD may not be a household name in Nigeria yet, but he has taken part in various local and international talent shows, including O2 in the park , the New York Music festival , LA music Festival. He also performs in different night clubs and venues in , UK, USA and Nigeria.

SKD was born in Nigeria.His real name is Martins Okuonghae. He was born in Benin city Edo state. He is 26 years of age and relocated to London 8 years ago. He has a degree in Business & Finance. SKD album “Passion beyond reason” Is a hip-hop/rap album but he has just recently finished recording his first Afro beats album which will be out later this year.
He began entertaining and rapping when he was in primary school. His agent said he was heavily influenced by Kurtis Blow, 2Pac, Run dmc, Public Enemy, NWA, Nas and DMX.

SKD soon began developing his own unique style of rapping, from an early age he entered and won local and national competitions. He made his first demo with his brother providing keyboard and sound engineering support.

SKD raps, sings, and has real passion for the Guitar. SKD believes he has promise and possibility.

“I make money from what I do, there’s nothing wrong with that, but I love the music more”, he said.