Half Of A Yellow Sun Movie Gulps N1.2b 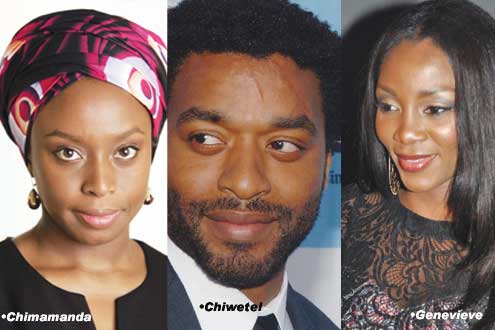 The cross-continental co-production of the film adaptation of Chimamanda Adiche’s classic Half Of A Yellow Sun will gulp a whopping $8 million (N1.2b) out of which $6.4million of the budget came from Nigerian investors, Showbiz Trends learnt.

The international production, a Nigeria/United Kingdom joint-production with actors from three continents in starring roles, was completely shot in Tinapa Studios in Calabar, Cross River State, with mostly Nigerian crew, who got the experience of working on the full-scale, high-budget feature film production.

The film is based on Adichie’s novel about Biafra’s struggle to establish an independent republic in Nigeria. Andrea Calderwood and Gail Egan are the producers of the feature debut of  the Nigerian theatre director, playwright and novelist, Biyi Bandele, while the executive producers are Yewande Sadiku and Muhtar Bakare.

Industry analysts believe the financial success recorded by Half of A Yellow Sun will have some impact on future productions. It is said it might make the country more attractive to international productions and encourage other potential non-Nigerian filmmakers and investors on the prospects of shooting films in Nigeria.