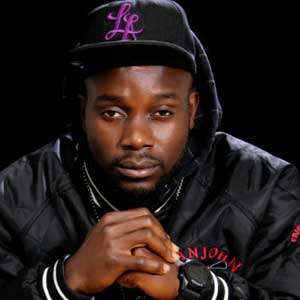 United Kingdom-based Nigerian rising star, Arbiz Yur, has released two new singles, Everything Lo Wa and Hi, Did You Miss Me, to the delight of all his fans who have been patiently waiting to hear something new from him.

The new works, which include a collaboration with Dagrin for Everything Lo Wa, recorded two years ago before Dagrin’s untimely death, and Hi, Did You Miss Me, a track dedicated to all the lovers.

Arbiz, a recording artiste/producer signed on to a mainstream records in the U.K, has been described as one of the biggest revelations in Nigeria’s music industry. He has worked with many big names in the music industry including Isolate, Seriki and Oritse Femi to name a few.

He has also rocked same stage with some of Nigeria’s top acts like 2face Idibia, Psquare, M.I, Timaya, J Martins, Faze, Dagrin and also been on playing tour with 9ice, Ajasa, Jahbless, Isolate and many others.

Arbiz said he is dedicating the new singles to Dagrin for his outstanding contribution to the Nigerian music industry in a short period of his stardom.