‘Why Chuddy K Was Yanked Off The Headies ‘Next Rated’ Category’ 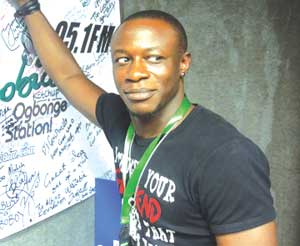 It was an initial shock to many fans of talented rising artiste, Chuddy K, when news filtered out that he has been taken off the nominees list for the “Next Rated” category of The Headies 2012 Awards.  But a statement from the organisers of the popular Nigerian Awards ceremony, The Headies, revealed  why he was dropped from the list.

According to the organisers,  an evidence has emerged that Chuddy K has previously released an album titled: I Am Me in 2010, which disqualified him from the category meant for debutants.

The statement reads: “This is to announce that talented rising artiste, Chuddy K, has been taken off the nominees list for the “Next Rated” category of The Headies 2012 Awards. Judges of the prestigious annual music awards have taken Chuddy K off the Next Rated category and have now replaced him with talented rapper, Flowssick.

Meanwhile, Pop stars, Psquare and alternative singer, Bez, have emerged the highest nominees for this year’s edition of The Headies, Nigeria’s leading awards for urbane music and hip hop/pop culture.

Psquare, who have had an interesting year in music, with ground breaking collaborations, chart-topping videos, and bestselling concerts, packed six big nominations, including nods for ‘Album of the year’, ‘Artiste of the year’, and ‘Song of the year.

Bez, a rapidly rising singer-musician, who is winning accolades from fans and critics, is this year’s other major contender with six nominations. Bez is up for ‘Revelation of the year’, ‘Best Vocal Performance (male)’ and ‘Best Collabo’ as well as ‘Best R&B/Pop Single’ and ‘Best R&B/Pop album’.

Psquare and Bez are closely followed by A-listers, Wizkid, Davido and Ice Prince, who grabbed four nominations each. Praiz, who continues to grow as a singer to court, also got four nods from the awards committee.

The Headies 2012 is scheduled to hold at Eko Hotels and Suites, Victoria Island, Lagos on Sunday 20 October.