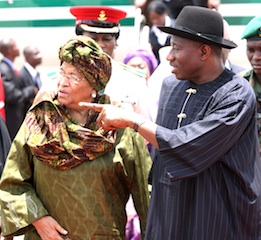 The Nigerian Defence Academy (NDA) will honour Chief Emeka Anyaoku, former Secretary-General of the Commonwealth, and Liberia’s President Helen Johnson Sirleaf at its graduation ceremony on Saturday, the commandant said.

The Commandant, Maj-Gen. Chukwuemeka Onwuamaegbu, said in Kaduna on Friday that the two personalities would be honoured at the graduation ceremony of 262 cadets of the NDA 59 Regular Course.

He said that Vice President Namadi Sambo would represent President Goodluck Jonathan on the occasion.

He said that security measures had been put in place to ensure a successful ceremony.