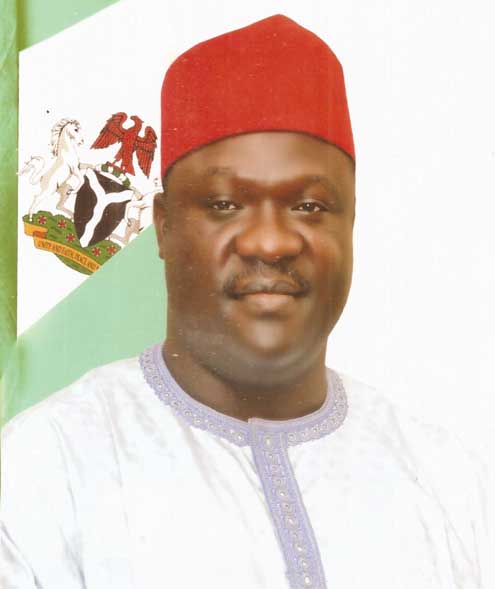 The Deputy Governor of Taraba State, Alhaji Sani Danladi Abubakar is facing impeachment proceedings at the state House of Assembly

Three weeks ago, the Deputy Governor of Taraba State, Alhaji Sani Danladi Abubakar returned from Saudi Arabia, where he performed the Umra – lesser Hajj. While in Saudi Arabia, Abubakar must have prayed for a successful completion of his second term in office as deputy to Governor Danbaba Danfulani Suntai, which would naturally expire in 2015.

But trouble was waiting for him at home. No sooner had he returned home, on 3 September, than the State House of Assembly served Alhaji Abubakar with an impeachment article containing allegations of gross official misconduct against him. Among the allegations was that the deputy governor used his influence as the number two citizen of the state to divert Federal Government/World Bank Millennium Development Goals projects meant for the state to Yagai Academy, a private school he owned in Jalingo. The projects, as contained in the impeachment article, include solar-powered street lighting and sinking of motorised boreholes at Yagai Academy, thereby denying the underprivileged citizens in the state access to and use of the facilities.

In allegation number two, the deputy governor was accused of using his office to acquire a large expanse of land to build the same school, Yagai Academy, and other business ventures which include Yagai Water, Yagai Printing Press and Yagai Restaurant, cumulatively worth about N1 billion. In the impeachment article, the lawmakers averred that the deputy governor’s total emolument cannot justify the facilities at the Academy which, by implication, created the impression that Governor Danbaba Danfulani’s administration condoned with impunity the looting and diversion of public funds, thereby committing gross misconduct and breaching the constitution.

The lawmakers further averred that the deputy governor’s total declared assets on assumption of the office was not more than N56 million and accused him of engaging in sharp practices to unlawfully enrich himself with public funds.

Abubakar was also accused of unduly interfering in the posting and transfer of indigenes of Karim Lamido, his home local government area, thereby causing disaffection among the people and portraying the government in bad light.

Abel Peter Diah, Deputy Speaker of the state Assembly, who moved the motion for impeachment, said the decision was in line with the Constitution of the Federal Republic of Nigeria. The motion was seconded by Alhaji Muhammad Gwampo, the member representing Yorro constituency.

The Speaker, Istifanus Harana Gbana, after confirming that 19 out of the 25 members appended their signatures for impeachment, directed the Clerk of the Assembly to serve the deputy governor with the article. He was expected to respond to all the allegations and report back to the Assembly within two weeks.

Investigation by this magazine revealed that the impeachment move against Abubakar began early last year when Governor Suntai allegedly declared at one of the State Executive Council meetings in Government House that he had lost confidence in most of his principal officers, including the deputy governor.

Since then, Suntai is alleged to have severally accused his deputy of holding clandestine meetings with his political opponents in the state and in Abuja, an allegation Alhaji Abubakar serially denied.

Between April 2011 and now, the deputy governor was said to have survived two separate moves to boot him out of office. Understandably, the moves were leaked to Abubakar, who quickly ran to confront his principal, thereby foiling the attempts.

According to sources, the governor and a few members of the House who had been in dispute with the deputy governor took advantage of Abubakar’s journey to Saudi Arabia to perfect the impeachment plan. What lent credence to this claim was that two days after the deputy governor returned to the state, Suntai invited him to Government House and accused him of holding meetings, in far away Saudi Arabia, with Senator Jummai Aisha Alhassan, representing Taraba North in the Senate; Senator Abubakar Tutare, Taraba Central and Alhaji Abdulmumini Vaki, immediate past state chairman of Peoples Democratic Party, PDP.

Senators Alhassan and Turare in conjunction with Alhaji Vaki had been at war with Suntai over the manner the governor was running affairs of the state, especially the conduct of the last PDP ward and state congresses.

According to dependable sources, the deputy governor denied holding meetings with anybody while in Saudi Arabia and requested the governor to investigate the allegations very well.

It was gathered that Abubakar explained to his principal that Senator Tutare did not perform this year’s lesser Hajj and that Vaki was back to the state from the lesser Hajj even before he (the deputy governor) left Jalingo for Saudi Arabia. But all these explanations fell on Suntai’s deaf ears . It was, therefore, not surprising to many when the state Assembly, on 3 September slammed the deputy governor with the impeachment article containing allegations of gross misconduct.

To perfect the process, on 30 August, Suntai allegedly released a huge sum of money, which was disbursed to those Assembly members who agreed to append their signatures to the impeachment article. Two members, Dr. Abubakar Abdullahi Jugulde, from Gembu constituency and Alhaji Aminu Umar Jalingo, from Jalingo II constituency, who refused to sign the impeachment article.

It was also revealed that the governor had perfected plans to replace Alhaji Abubakar with either Alhaji Hassan Bappa, current Chairman of Jalingo Local Government or Alhaji Ali Sani, former Special Adviser to Governor Suntai on Bureau for Local Government and Chieftaincy Affairs, both of who are the governor’s friends.

Meanwhile, the impeachment article against the deputy governor has sparked reactions from well-meaning Tarabans who said the entire scenario was a case of “pot calling kettle black”. They argued that Governor Suntai, who has assets worth a billion naira assets scattered all over Jalingo, Suntai village and abroad, is equally guilty of offences for which his deputy is being persecuted.

Alhaji Sanusi Jubril, a well known politician in Jalingo, said: “The lawmakers could have written their names in gold if the impeachment article were against the state governor.”