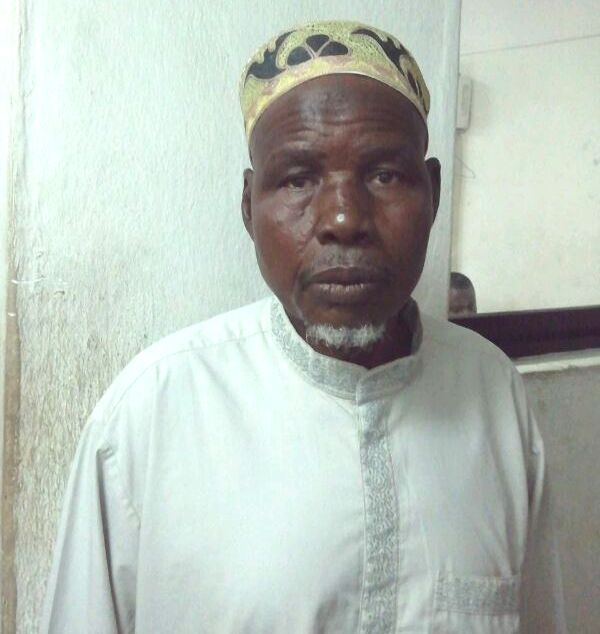 The Economic and Financial Crimes Commission EFCC has arraigned Mr. Abdullahi Mohammed alias Dan Hadeja, 72, before Justice Abubakar Tijani of the Federal High Court II, Port Harcourt, Rivers State on a one count charge of obtaining the sum of N1, 155, 000 (one million, one hundred and fifty five thousand naira) under the false pretence that he was a registered distributor of Indomie noodles.

The one count charge reads: “That you Abdullahi Mohammed alias Dan Hadeja sometimes in May, 2012, at Port Harcourt within the jurisdiction of this Honourable Court with intent to defraud obtained the sum of N1,155,000 (one million one hundred and fifty five thousand naira) from one Ahmed Sani under the false pretence that you are an agent and registered distributor of Indomie dust from Dufil Prima Company makers of Indomie Noodles located at Choba, Port Harcourt and was going to get wheat offal, waste product from the company for him which you know is false and thereby committed an offence contrary to section 1(1)(a) of the Advanced Fee Fraud and Other Related Offences Act, 2006 and punishable under section 1(3) of the same Act”.

When the charge was read to the accused person through an interpreter, Mr. Sani A. Umar, he pleaded not guilty.

Defence Counsel, A. M. Akin then pleaded with the court to grant the accused person bail, as his alleged offence was a bail able one. The prosecuting Counsel, Abbiyesuku Endeba did not oppose the bail application.

Justice Tijani granted the accused person bail in the sum of N1million with one surety in like sum. The surety who must be within the jurisdiction of the court must have landed property which must be verified by Court Registrar.

The surety must also swear an affidavit of means and be willing to forfeit the N1m in the event that the accused person jumps bail.

The court adjourned the case to 19 November for trial.