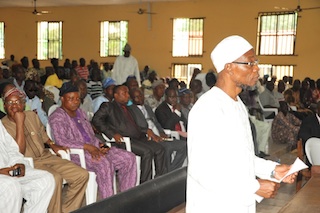 Governor Rauf Aregbesola and his predecessor, Olagunsoye Oyinlola of Nigeria’s State of Osun have given testimony before a probe panel on the controversial N18billion loan taken by the Oyinlola administration.

While Oyinlola said that the financial needs of the state was responsible for the procurement of N18.38 billion loan by his administration in 2010, Aregbesola said the timing of the loan and deployment were the issues.

Both men spoke before Prof. Femi Odekunle panel of inquiry set up by the state government to investigate the circumstances that led to the procurement of the loan.

The committee, sitting in Osogbo, the capital, is to also look into other financial transactions that occurred between 2003 and 2010. 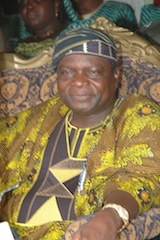 The former governor said, “Decrease in the federal allocation to states in 2009, when the crises in the Niger Delta was very pronounced affected oil production, which is the main source of the nation’s economy.

He added that the issue of new minimum wage and the need to embark on other developmental projects required funds for its implementation.

“At that time, salaries of civil servants and pensions consumed 90 per cent of the earnings of the state and the leadership of the state House of Assembly advised us to take the loan to address germane issues of 2010 budget .

“As a responsible and responsive government, we took the advice of the legislature, then analyse the projects that would have impact on the lives of the people of the state and arrived at N18.38 billion.

“Memo was taken and passed by excecutive council and approval of the House of Assembly was sought and obtained since it is practically impossible to summon every citizen of the state to take a decision on it.

“The constitutional voice of the people is the House of Assembly, which means the people of Osun took the loan by the approval of their representatives in the House,” Oyinlola explained.

The former governor further said that he lacked power to unilaterally take decision on the affairs of the state.

On the upgrading and rehabilitation of nine Technical Colleges contracts, Oyinlola said “what informed our decision was the inability of government to provide employment for unemployed graduates.

“We intended to upgrade the colleges so that these jobless graduates would go there and pick a trade and become employers of labour,” he said.

Oyinlola said that the poor performance of students in science subjects and Mathematics made his administration to award contract for kits for the use of pupils in primary and secondary schools.

On the the six stadia projects, the governor said that it was the youths of the state that called the attention of its administration to the development of sports, during one of the open forum programme organised by his government.

He added that if equality was anything to go by, infrastructural development must be replicated in each of the zones across the state.

Oyinlola said that his intention was to pay off the loan before the end of his tenure.

“There may be nothing wrong in government taking a loan facility, it is the hasty draw-down at once, thereby exposing the state to cut-throat interest payments on money not needed for utilisation and merely lying fallow in the same bank,” he said.

According to him, there was no way the state could continue to meet its social service obligations such as education, health services, security without restructuring the terms of the loan.

“Even though, a credit line of N25 billion was offered by First Bank of Nigeria Plc, only N8.6 billion was drawn-down to pay the UBA Plc,” Aregbesola said.

He said that the N18.38 billion loan would not have been necessary, if the excess crude oil accrual to the state was well managed.