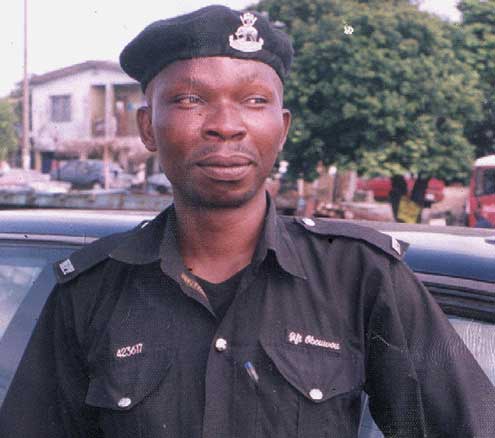 One of the policemen  shot dead by armed robbers last Sunday would be buried today. 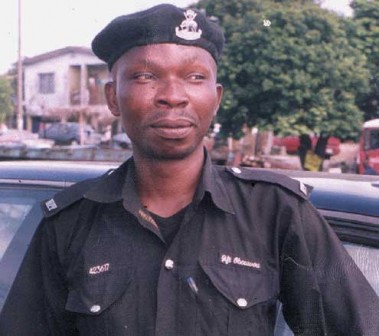 P.M.NEWS gathered that the policeman attached to Rapid Response Squad (RRS) Alausa, Ikeja, Lagos, southwest Nigeria, Constable Ifonlaja Oluwatodimu Ayoola, with his two colleagues Corporal Gift Obouwu Ogbor and an Inspector were shot when they  responded to a distress call during a robbery attack in parts of Lagos last Sunday.

When the  team  got to Guinness area in Ogba,  the robbers who had sighted their patrol van, double crossed them and opened  fire on them, killing Constable Ayoola, who was on the steering and Corporal Ogbor, while the inspector sustained bullet wounds and  is currently receiving treatment at Ikeja General Hospital.

A service will be held in honour of Ifonlaja today at Saint Andrew Anglical  Church,  Akinyele, Ipaja, Lagos and will be followed immediately by his burial ceremony  at the church cementary.

Constable Ifonlaja, 37, had four children and was the last born of the late Chief Ifonlaja, a renowned businessman in  Odogbolu, Ogun State, southwest Nigeria.

He had a National Diploma in Accounting at Iree Polytecnic Osun State and later proceeded to Lagos State University(LASU) for  Bachelor Of Science (B.SC) degree in Accounting.

P.M.NEWS  gathered that he once worked at  Zenith Bank but later  joined the Nigerian Police Force.

His first wife died 11 years ago during childbirth at Ibadan, Oyo State, but left behind a daughter, while he had a set of twins and a daughter with his second wife, who also died on 21 December last year.

The elder brother of the deceased told P.M.NEWS: “On that fateful day he called us about 3 44p.m. that he won’t be able to attend the family meeting which holds every second Sunday of the month. He said he was on his way to respond to a distress call, but we later heard that  he was killed by robbers at 4 p.m. same day.

“His birthday and that of his twins was on 23 of this month. An arrangement for the burial anniversary of our late father was also slated for the same day. But this has been cancelled because of his death. He left behind a mother  aged 76 years old.”

Corporal Ogbor, 39,  who was also killed by the robbers, was a native of Isoko South Local Government of Delta State.

According to his elder brother, Ejiro Ogbor, “We have lost a trustworthy brother. He had two children, Onoriode Ogbor,18, and  Onuje  Ogbor 7, and his aged parents who are in the village, while his wife is also dead.”