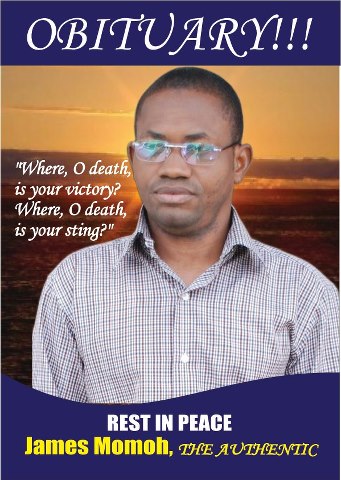 The Nigeria Union of Journalists (NUJ) FCT Council, has expressed sadness over the death of Mr. James Momoh of Abuja based Pilot Newspapers.

Momoh was knocked down by the convoy of the Minister of Petroleum, Mrs. Diezani Alison-Madueke, along Nicon Junction, Maitama, late Wednesday evening on his way from work.

Reports indicated that Momoh was taken to the NNPC hospital where he later gave up the ghost after the incident.

In a statement by the Chairman of Council, Comrade Chuks Ehirim, described the death of Momoh, a production staff with the newspaper, as avoidable and unfortunate.

According to Ehirim, the tragic death of Momoh brings to fore the recklessness of government convoys and their absolute disregard for traffic rules and other road users.

The NUJ FCT chairman lamented that the minister has not demonstrated any concern and human feeling for the deceased by reaching out to his relatives. He said she was rather more bothered about protecting her image.

Ehirim warned that the union will not fold its arms and watch government officials treat human lives with levity and called for proper investigation into the matter as well as proper compensation for the bereaved family.