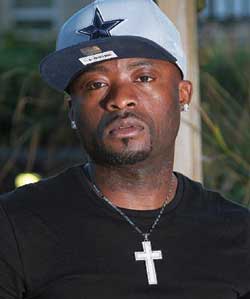 9etwork told P.M.NEWSEntertainment that Injustice was borne out of his experience in the UK which propelled him to retrace his steps in music.

“I travelled to the UK and discovered a lot of injustice being meted out to foreigners in that country. I want to call the attention of Nigerians to this information. This is the message in my single titled Injustice.”

He opined that Hip-hop music is not known to be passing across any meaningful message. The artistes only had the unique identities of blings (jewellery) and Jeans sagging, arguing that Naija Hip-hop music is not like that of America, hence he has Africanised the genre with philosophical messages.

The former student of University of Uyo whose hit single, Naira, is currently played on radio and television, also desires collaboration with terrific twins, P-square, 2face, Faze and Shantero. 9etwork’s Naira, Injustice, I am Somebody and 9etwork party is produced by talented producer, Easybeatz