SlackMouth Aims For The Top 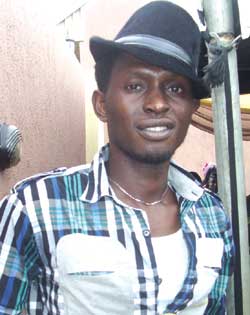 Fast-rising comedian, Collins Okakpu, popularly known as Slackmouth, has disclosed that he is set to take Nigeria’s comedy to the next level with his style of performance.

He recently made the disclosure after a brilliant performance at an event, saying that comedy in the next five years will become a viable project for government and individuals to invest in.

Slackmouth, whose role model is Basketmouth, has performed at AY Open Mic and Stand Up Nigeria produced by Bunmi Davies.