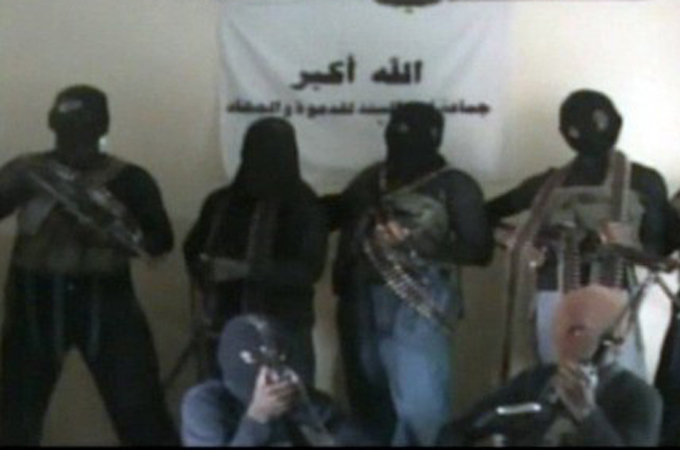 Nigerian soldiers on Monday said they had shot dead a man suspected to have acted as a spokesman for Islamist group Boko Haram and arrested two other high-ranking members, a military official said.

“We carried out an operation early this morning in which we killed a media man of Boko Haram terrorists and arrested two field commanders of the sect,” said Lieutenant Iweha Ikedichi, spokesman for a military task force, adding he did not have their exact identities.

Soldiers involved in the operation on the outskirts of the city of Kano said the man killed was suspected to be one of the Boko Haram spokesmen who uses the alias Abul Qaqa.

The operation at a checkpoint was carried out with the use of intelligence information, they said.

According to a soldier who spoke on condition of anonymity, the three suspects were coming into Kano early Monday along with a woman they were transporting to receive medical treatment.

The alleged spokesman was said to have resisted and was killed in a shootout. One of those arrested is an alleged “field commander” for Kogi and Kaduna states as well as for the capital Abuja, the soldier said.

The woman who was with them allegedly told security forces that the man killed was the person who uses the alias Abul Qaqa.

There was no immediate confirmation of the killing by the Boko Haram sect.

It turned out that the man captured was not Qaqa as the Boko Haram spokesperson continued to act on behalf of the militant Islamic sect, calling journalists on phone and issuing statements on behalf of the sect.

The capture of Qaqa must have offered some relief to Nigeria’s security agencies, in the wake of the continued killing of Nigerians by gunmen of the sect.

Yesterday in kano, a family of four was wiped out by four gunmen, suspected to be ,members of the sect, who arrived on two motorcycles and killed the victims at point blank range after herding them in a room.

Last night, too six persons, playing the game of Ludo in front of their home, were killed by the gunmen of the sect, without any provocation.