Torino tell Man U to Pay N4.2bn for Ogbonna 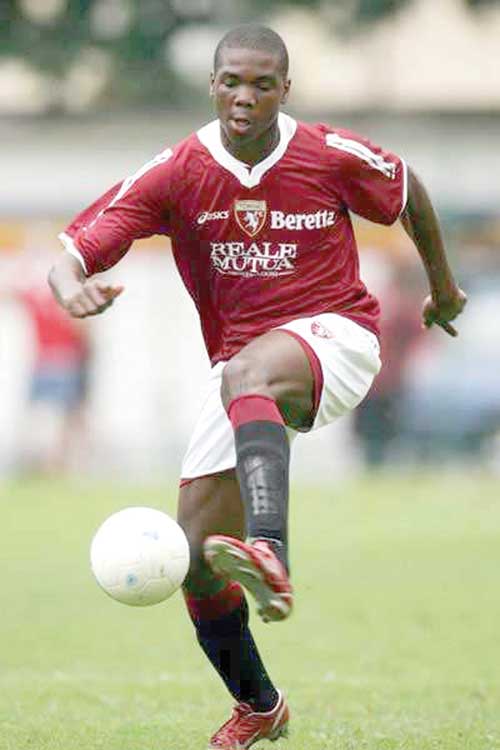 Premier League clubs Manchester United and Everton had scouts in the stands to watch Ogbonna yesterday in defeat to Inter Milan.

It is said that Cairo rejected an approach from AS Roma last summer and AC Milan have also considered the youngster as a replacement for Thiago Silva following his sale to PSG.

United and Everton, however, have the spending power to convince Cairo to sell.

Ogbonna was noted by Torino scouts, and was later signed by the Granata youth academy. He made his Serie A and first-team debut on 11 February, 2007 against Reggina. He then spent the 2007–08 season on loan to Serie C1 side Crotone.

In 2008–09, Ogbonna returned to Torino, playing mostly as a backup defender to regulars Natali and Di Loreto. Starting from 2009, after the relegation of the club to Serie B, he earned his place as a starter, providing solid performances.

On 4 June, 2011, he received his first senior squad call-up by coach Cesare Prandelli despite playing in Serie B. He is the first Torino player to be called up to the Azzurri since 2007. Following several injuries in the Azzurri squad, Ogbonna was called up again on 5 October, 2011. He made his senior debut on 11 November 2011, in a friendly won 2–0 against Poland where he came on as substitute for Domenico Criscito in the 77th minute.

He has been included in the Italian team for the UEFA Euro 2012.