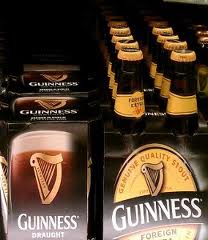 Guinness Nigeria Plc has published its end of year result, announcing a dividend payout of N8 to its shareholders. Alternatively, shareholders may opt for a bonus of one new share for 33 previously held.

The result was brushed aside by the market today, with the price going up by just one kobo, closing at N260.1.

Guinness, one of Nigeria’s blue chip companies has enjoyed an upward ride in the market, with its value more than doubling in the last 12 months.

But the result announced was just a mixed bag, compared with last year’s. While turnover increased by N3billion, over the N123.6 billion recorded in 2011 trading year, the dividend declared was N2 lower than last year’s which was N10.

Gross profit rose marginally from N68.6 billion to N70 billion, while the PAT went downhill from N17.9billion last year to N14.67billion this year. Distribution and and advert expenses appear to have accounted for the dip, rising from a combined cost of N21 billion in 2011 to N24.5billion this year.

The company has set qualification date for either the bonus or the dividend for 5 October and the AGM for 2 November at the Transcorp Hilton Hotel, Abuja.