Killed by robbers: The tragic death of an undergraduate 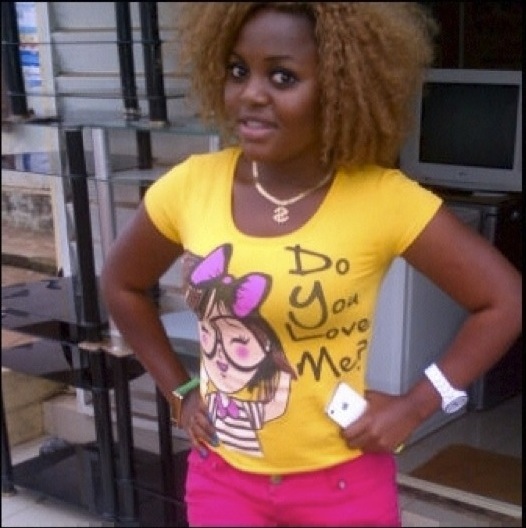 On that Sunday, Wunmi was a guest of a male friend of hers and both lodged at a house at Golden Estate,Irewon in Ijebu North East local government area of the state

Only if she had known that her outing would end up disastrously, she would probably have declined and slept in her room, somewhere else in town, and made the visit another day.

But ‘if’ was only good for hindsight.

Just when people were being roused from their sleep early Monday, some underworld men were rousing Wunmi from her own. They shot their way into the house in which Wunmi and her friend lodged, stripped them of all their valuables. They stripped Wunmi of her life as well, brutally shooting her to death, after she declined to surrender her priced jewels, gifts from her mum, to the bandits.

She died in the hands of the rescue team which had rushed her to the General Hospital, Ijebu-Ode for treatment.

It was gathered that Wunmi and her male friend simply identified as Victor had decided to pass the night of Sunday, 9 September, 2012 in the house of Victor’s friend, Kunle, a son of a Marble dealer, who lives at the Golden Estate apparently to escape the punishment of the Power Holding Company of Nigeria (PHCN) which had
plunged the town into darkness.

They were all students of TASUED and occupants of Budakas’ compound are predominantly students of the same university.

At exactly 4 a.m on Monday 10 September, the five-man robbery gang who had earlier raided three houses in the Estate, for three hours undisturbed, stormed the house where Wunmi had lodged. They coerced all the occupants to surrender their valuables which included money, laptops, phones, jewelries among other items which they carted away.

One of the occupants who was also robbed by the attackers but pleaded anonymity told our correspondent that Wunmi however had an expensive wrist watch, a golden necklace with pendant and a ring, which were gifts from her mother. After the robbers had stripped her and other occupants in the house of their belongings including her expensive mobile phone, the robbers demanded for her gold.

But the 21 year old Wunmi was said to have vehemently refused to surrender the gold, wondering why she would hand over jewelries bought
for her by her parent to robbers. She raised alarm which caught the attention of the leader of the robbery gang who barked and ordered that she should be ‘lightened up’ , their signal code to kill. At point blank, the robbers fired at Wunmi; left her bleeding profusely.

Narrating the incident to our correspondent, the Vice Chairman of the Golden Estate’s Task Force, Mr. Omotayo Yinusa (a.k.a. Oluomo),said
when they heard the gun shot and screams of the people, they ran to the house only to see the young lady in her pool of blood.

“We tried to assist the lady by rushing her to a nearby Alajo Hospital within the estate after the robbers had left. Management of the
hospital rejected her and referred us to quickly take her to the State General hospital in Ijebu Ode where she eventually gave up the ghost as we stepped in”,Oluomo explained.

Wunmi, who was described by her friends and associates as jovial and kindhearted was later Monday,10, September,2012 buried at her hometown in Ijebu-Igbo in Ijebu North local government area of Ogun State according to Islamic rites.

Residents of the estate are still bewildered that the Estate being guarded by men of the Oodua Peoples Congress, OPC, could be attacked for close to four hours without any challenge from the guards. They even had the boldness to make a repeat attack, the second day.

According to residents, the robbers on the first day, before the attack on Wunmi, broke into the house of a popular Fuji musician, Alhaji Rasak Ayinde, known by his fans as “Barry Ijebu”. They also attacked the home of one of the members of the NURTW in Lagos garage, Ijebu Ode,Mr Hammed Dauda, popularly called Aboki.

Also a Cherubim and Seraphim church was attacked, with the robbers demanding the church proceeds for that Sunday from the officiating minister.

As if that was not enough, the robbers returned for another round of operation on Monday, the night they killed Wunmi and ran their show till Tuesday morning.

They struck at the house of one woman called Mama Lugo who sells turkey, chicken and other frozen foods at the Oba Adetona Market, Oke Aje in Ijebu Ode.

A car, Susuki Parelo of one of Mama Lugo’s tenants was said to have been stolen by the robbers in the process and the matter was reported
at Atan Divisional Police station.

The four members of the Oodua People’s Congress (OPC) who were on duty the nights the robbers struck have been arrested by the police following their
refusal to honour invitation extended to them over the robbery.

The State Police Public Relation Officer (PPRO), ASP Muyiwa Adejobi confirmed the robbery incident as well as the arrest of the four members of the OPC, adding that the State Commissioner of Police, Ikhemefuna Okoye has ordered a full scale investigation into the matter.

After the repeated attacks, P.M.NEWS learnt that robbers appear to have fallen in love with the estate as a soft target as they kept calling.

But the residents’ counter measures warded them off.

“They came again on Saturday and yesterday night with new motorcycles and with the prompt response and alert from residents , they fled
without attacking any houses.In fact,as I am talking to you now, one Alhaja who I don’t want to give you her full name has just packed her
belongings this morning and run away.But I’m sure that they will never come back again, because now,we have taken the bull by the horns.

“All the able bodied men in the Estate are now doing the vigilante by themselves with the support of the elders and the Atan Police Division
who has given us a vehicle who always patrol the area at least thrice before dawn”, the elderly man revealed.