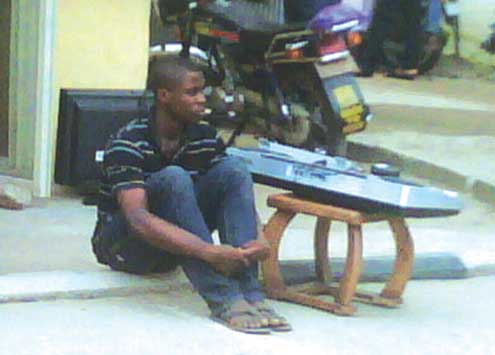 A man, Obinna Nwobodo, who allegedly murdered his friend, Ken Elijah, in his room over a piano musical  instrument during a scuffle and dumped his corpse at a site, has approached a church in Lagos State,  Southwest Nigeria, to confess his sin. He was later arrested by the police. 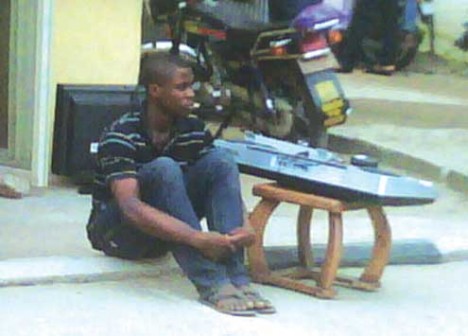 The 23-year old Nwobodo was arrested after his confession at Lord’s Chosen Church at Ijeshatedo, that he  murdered his friend.

The Enugu State-born Nwobodo allegedly killed Elijah in his house at Alako area, a suburb in Orile-Iganmu,  Lagos, Southwest Nigeria, after he hit him with an object and he fell down, collapsed and died.

The stench from the decomposed corpse became a threat to the health of residents after some days. During the  search for the cause of the choking odour, the residents discovered Elijah’s corpse and reported to the  police. It was eventually removed by the police.

During his confession in the church, Nwobodo did not know that a relative of the deceased was also in the  church, who alerted the deceased’s family.

P.M.NEWS gathered that his family contacted the Special Anti-Robbery Squad, SARS, who arrested Nwobodo and  detained him where he made a confessional statement owing up to the crime.

Nwobodo later told P.M.NEWS that Elijah was his friend and that both of them were performing artistes.

He said that he bought a piano from Elijah and made a part payment promising to pay the balance later.

He said he was surprised when the deceased came to his house and demanded that he must pay him the balance  and threatened to take back the piano.

He said he then requested to get back the money he had already paid him which he was not ready to give him.

Nwobodo said: “This resulted in scuffle and out of anger, I hit him with a sharp object on his head which  caused him severe injury. He fell down, slumped and died.”

He said he became terrified and did not know what to do initially because he did not want anybody to know  about the incident.

He said he wanted to conceal it and that made him to hide his corpse inside a bag and he later threw it at  the dump site.

Nwobodo said after the incident, he was hunted by his friend’s ghost and could neither sleep in his one-room  apartment nor tell anyone his predicament, adding: “I decided to confess so that I can have peace of mind.  This led me to go to the Lord’s Chosen Church to confess.”

When asked whether he was their member, he said he joined the church recently, saying that he was not a full  member.

He described the late Elijah as his good friend who performed with him at events and blamed the devil for  what happened.

At his residence at Orile- Iganmu where the alleged crime was committed, some of his neighbours confirmed the  incident and expressed shock that the suspect could murder his friend.

A woman who identified herself as Ify said that the residents got to know when the decomposed corpse started  oozing offensive odour in the vicinity.

She said the matter was reported at the Orile police division and Nwobodo was one of the suspects arrested  and later released by the police. He was re-arrested by SARS after his confession in the church.

Another resident, John Emmanuel, explained that Nwobodo was initially released because the residents knew  that the deceased was his friend.

He said they did not suspect that he would kill his friend but they were shocked to learn that he went to a  church to confess. He described both the late Elijah and Nwobodo as good friends he thought would not harm  each other.

The Lagos State Police Public Relations Officer, PPRO, Ngozi Braide, confirmed the incident and said the  police will soon charge him to court after the conclusion of their investigation.