The Nasarawa State Government has donated 33 Toyota vans worth more than N300 million to the Nigerian Police Command in the state. 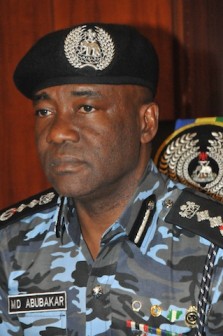 Tanko Al-Makura, said while making the presentation that the gesture would assist the police toward making the state crime-free.

Al-Makura said that the donation would boost the morale of the police in curbing crime in the state.

He identified inadequate funding among other things, as a factor militating against effective policing in the country.

The governor called on the Federal and State Governments to give more fund to the police.

According to him, the patrol vehicles will facilitate the police’s quick response to crime and other heinous activities in the state.

He stressed the need for the police to be well-equipped with modern communication gadgets, which would enable them fight crime.

Al-Makura also commended the IGP for turning the police around, adding: “you received the baton of leadership at a most trying time in the history of security administration in our nation.’’

The Inspector-General of Police, Mohammed Abubakar, commended the governor for the gesture, while assuring him that the police would use the vehicle judiciously.

He warned the command not to use the patrol vehicles to harass, molest or collect bribery from the people, noting that anyone caught would be sanctioned.

He assured the nation that the police under his leadership was determined to surmount the security challenges. (NAN)