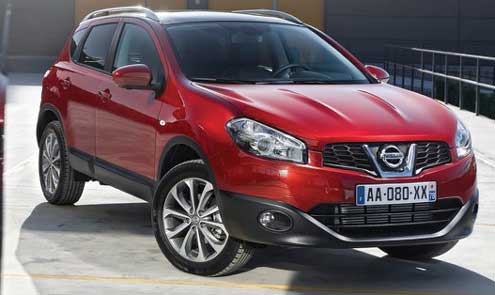 Nissan has issued a safety recall for 51,000 Qashqais worldwide, over a fault which can lead to the steering  wheel coming away in the hands of the driver. The problem came to light when a driver in Finland was parking  his Qashqai only to find the steering wheel came free of the car. Fortunately the incident happened at low  speed and the owner was unhurt, but he subsequently filmed the fault and posted the video online.

The Japanese firm says the problem is down to a faulty part – the joint that connects the steering wheel to  the column. The problem has been put down to a bad batch of around 600 steering wheels that are weaker than  usual due to a supplier error. According to Nissan, the fault only affects around one per cent of the cars  built between 27 February and 16 May this year – but the firm has no way of knowing which cars are effected,  so it is having to recall all of them. Owners should contact their dealer to see if they are affected.

Efforts to get a reaction from Alliance Autos, authorised distributor to Nissan in Nigeria proved abortive.