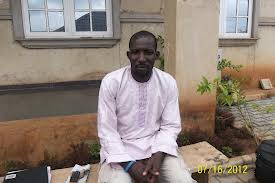 Mr Imeh Usuah, a taxi driver, at the Nnamdi Azikiwe International, Abuja, on Tuesday emerged the winner of the Securities and Exchange Commission’s (SEC) maiden Integrity Award. Usuah was awarded a plaque and N2.5 million($15,860) for his honesty.

Usuah, accompanied by his wife Mercy was celebrated by the capital market community for returning N18 million forgotten in his taxi cab in 2007 by a customer.

Usuah a former workshop foreman with Julius Berger Plc had earlier been acknowledged and commended by four different groups in the country.

Ms Arunma Oteh, the Director- General of SEC said that the award was the commission’s contributions toward the promotion, recognition and reward for integrity.

“Usuah’s exemplary act of honesty and integrity had sprinkled a burst of refreshing dew upon the national consciousness,” Oteh said.

She said that “the integrity award is a careful response to a critical need of the Nigerian society, as it is through it that trust is built and sustained.”

In his response, Usuah, a native of Ubokudom in Akwa Ibom, commended the commission for the gesture and devoted the award to the “unsung honest and committed Nigerians across the country.”