Official: Only 71 private jets in Nigeria 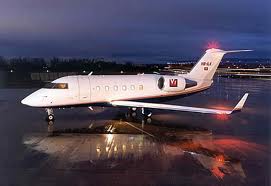 “Where you register your aircraft has the oversight (function) over the aircraft. Any aircraft that has 5N at the tail means it is Nigeria registered. 5N was given to Nigeria by ICAO (International Civil Aviation Organisation),” he said.

Such aircraft, Adurogboye added, “fly in and out. They can be here today and elsewhere tomorrow. They pay for landing, parking, overflying and fueling.”

Adurogboye disclosed that private jets do not need an Airline Operator’s Certificate or AOC, to operate.

“First and foremost, the private aircraft owners are not expected to be an AOC holder. All it requires is that if you have your aircraft, you come and register with NCAA just like other registrations are done.

“After the registration, you are expected to put it under an AOC holder because as a private jet owner, the regulation does not require you to have an AOC. You put it (your jet) under an AOC holder and of course by so doing you enter into an agreement with them. And it is that AOC holder that is responsible for the maintenance and every other thing as per meeting our compliance to safety standards. And if there are violations, it is that AOC holder that bears the brunch,” Adurogboye said.

He did not disclose how much it costs to register a private jet with the NCAA but said “it is a little amount of money.”

He said, the figure of 130 private jets in Nigeria published in the local and foreign media, including in Forbes, was false.

“I don’t know how they got their figures. As I am explaining to you, we just have 10 Nigeria registered private aircraft owners and 61 foreign registered.”
He said all the aircraft in Nigeria were registered in company’s names rather than private names.

He could not, however, give our correspondent the name of the companies, whose owners can easily be found from the Corporate Affairs Commission, CAC.

Asked if foreign registered private jets belonged to wealthy Nigerians, Adurogboye said, “I wouldn’t know. That is difficult for me to answer,”

A report in Nigeria, republished in Forbes said that that in the last five years, wealthy Nigerians had spent over $6.5 billion acquiring new private jets, which made it the continent’s biggest market for private planes.

According to the report, the number of privately-owned aircraft in the country has risen by 650 per cent between 2007 and 2012. The report claimed that in 2007, there were a total of 20 private jets in the country; today there are over 150.

Adurogboye said those reports are false.