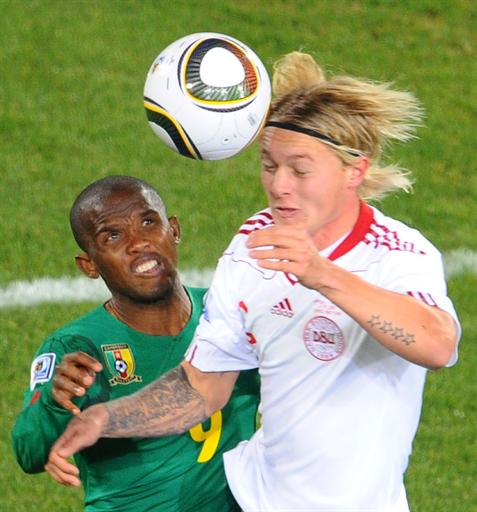 To play or not to play again for Indomitable Lions of Cameroon? It is a big question that many Cameroonian football fans want their famous and most decorated star, to resolve in the positive.

After an appeal by Jean Paul Akono, the country’s new coach, Samuel Eto’o Fils has met the Prime minister, Philémon Yang, with their talk centering on his possible return to the Cameroon national team.

Official sources told PANA that they also discussed how the Indomitable Lions would qualify for the 2013 African Cup of Nations tournament to be hosted by South Africa.

Eto’o, who plays at Anzhi Makhachakala in Russia, has had a long running disagreement with the Cameroonian football authorities, which culminated in a long suspension from the national team.

Recently, he wrote a letter to the Cameroonian Football Federation (FECAFOOT) announcing his retirement from the national team as long as “amateurishness and disorder’’ prevail.

Big nation Cameroon lost 0-2 to small island of Cape Verde in the first leg of the final qualifying match for the 2013 African Cup of Nations tournament. The return leg will be played mid October in Yaounde.