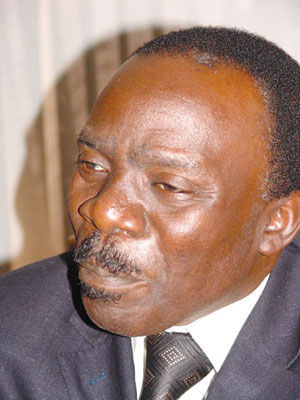 Human rights lawyer, Mr. Femi Falana, says that majority of those winning the bids to acquire Power Holding Company of Nigeria and its assets have questions to answer.

Falana, a Senior Advocate of Nigeria, SAN, accused the National Council on Privatisation of selling out assets of the power generating company to those who have cases to answer even though he did not mention names.

He warned the buyers, which include a former military leader, to beware as they may face the consequences of having the assets revoked when they least expect.

Falana’s warning is coming hours after the council announced that some companies in which General Ibrahim Babangida, oil magnate, Femi Otedola and ex-Chief Executive Officer of the UBA, Tony Elumelu, have stakes, have won bids to acquire PHCN.

Also Amperion Consortium, where billionaire businessman, Mr. Femi Otedola, has an interest, was announced as the preferred bidder for Geregu Power Plc with a bid offer of $132 million while Transcorp and Wood Rock/Symbion/Thomasen PSL Power Consortium, in which Mr. Tony Elumelu has a large interest, emerged the preferred bidder for Ughelli Power Plc with a bid price of $300 million.

According to Falana in a statement, “it is the height of shameful impunity on the part of the National Council of Privatisation to sell the PHCN to the unpatriotic individuals who have diverted and cornered  public funds earmarked for the uninterrupted supply of electricity in the country.

“Bidding consortiums tied to retired military officers and serving political office holders are alleged to have been short-listed by the management of the National Council of Privatisation to buy the assets of the Nigerian people in the Power Holding Company of Nigeria (PHCN) at give-away prices.

“Apart from the embarrassing fact that retired public officers who committed serious economic and financial crimes have become so audaciously daring to the extent of openly engaging in money laundering by buying public assets, it is the height of shameful impunity on the part of the National Council of Privatisation to sell the PHCN to the unpatriotic individuals who have diverted and cornered the public funds earmarked for the uninterrupted supply of electricity in the country.”

Giving details, Mr. Falana accused the Council of selling PHCN assets below what they are worth.

“To add insult to injury the assets of PHCN including over 400 buildings and undeveloped properties in Lagos, Abuja and other cities in the country, thousands of plants, turbines, transformers, vehicles and millions of electric poles worth over N5 trillion are being undersold to corrupt ‘investors’ at a paltry sum of N200 billion.

“Aside the over $16 billion invested in the power sector under the Olusegun Obasanjo administration the recent review of electricity tariff has increased the revenue generated by PHCN from N96 billion to N300 billion per annum.

“To trade off such huge investments for the sum of N200 billion is tantamount to an economic crime of gargantuan dimension,” Falana declared while asking if the NCP wanted Nigerians to believe that in the course of investigating the ongoing suspicious transactions, it did not confirm that serving and retired public officers were linked with the companies short-listed to purchase the PHCN.

He said with the sack of former Power Minister, Barth Nnaji, no public officer should be allowed to buy PHCN with “stolen money being laundered through the dubious privatisation being conducted by the National Council of Privatisation.”

He urged the Federal Government to sustain the noticeable improvement in electricity supply while those who are genuinely desirous to invest in the power sector be advised to set up their own plants and compete with PHCN.

“However, in view of the undeniable fact that arrangements have been concluded to hand over the PHCN to serving and retired public officers whose sources of wealth are questionable, let buyers beware as the illegal sale will be revoked sooner than later,” he warned.

Those who acquired PHCN are: