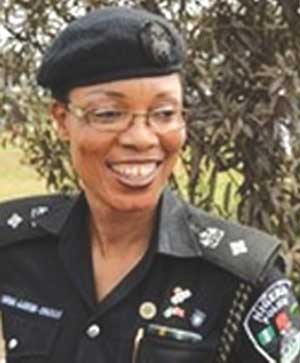 Chioma Ajunwa, Nigeria’s first Olympic gold medalist, has asked Nigerians to discountenance any report of any controversy over her new triplets and thank God on her behalf for giving her the children after eight years of marriage.

Ajunwa, who spoke with P.M.NEWS on phone, said there is nothing controversial about her giving birth to triplets because she got pregnant like a normal woman before she was delivered of the babies.

She said she did not publicise the birth of the children immediately because she was in the hospital recuperating after what she went through.

Ajunwa, who is the Divisional Police Officer at Meiran Police Station, Lagos, southwest Nigeria, explained that she had done a lot for this country and did not expect to be repaid in this way.

The Olympic gold medalist disclosed that she couldn’t have been expected to shout to the world that she had given birth to triplets when she was between life and death and being taken care of in the hospital. She said her babies too were very small and were under close observation by the doctors.

The 42-year old police officer said rather than create controversy around the birth of her babies, Nigerians should rejoice with her and pray for her speedy recovery and good health for her  babies.

Ajunwa became a celebrity when in 1996 at the Atlanta Olympics in the US, won a gold medal for Nigeria in the long jump.

For her feat, she was promoted to the rank of Chief Superintendent of Police, CSP, by the authorities for making Nigeria great.

She  served the Nigeria Police in different divisions before she was posted to Meiran in May as the DPO of the station.

She was also honoured by the Federal Government of Nigeria with the national honour of Member of the Order of the Niger, MON.

She wedded Pastor Okwara of Chapel of Destiny Restoration Church, Lagos, about eight years ago.