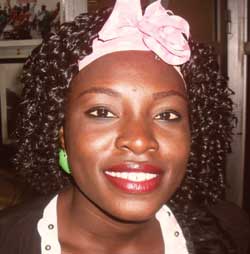 The Akwa-Ibom born singer, signed to Bholi Entertainment, has five singles to her name. They include Ope, Love, Without You, Play Me A Song and Just Belief.

She told PM News Entertainment that arrangement is in top gear to release her full album in December.

She also hinted that she began a career in music in 2008 as a back-up act with Ego, Faze, and Djinee among others

Vikkie, who counts Cece Winans and Ego as role models, added that she chose to sing gospel songs because they give her the opportunity to function as a minister via music.