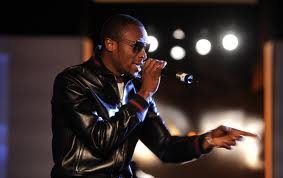 Dbanj a past winner of the highly prestigious prize, lost the 2011 award to Nigerian hip hop sensation, Wizkid. The hiphop artist who is variously knoen as the Kokomaster and the Entertainer had earler won the award in 2007 and Artist of the year MTV African Music Award as well as other international awards.

D’Banj is best known internationally for his 2012 hit Oliver Twist, an uptempo dance fusion of Afro-Beats and electronic dance music that topped the African charts 2011 and was a top 10 hit in the UK singles chart in 2012 reaching. Number 2 on the UK R&B char

The Kokomaster was also nominated this year for the Worldwide Act but lost out to Morocan singer Ahmed Soultan who will represent the Africa/India/Middle East .