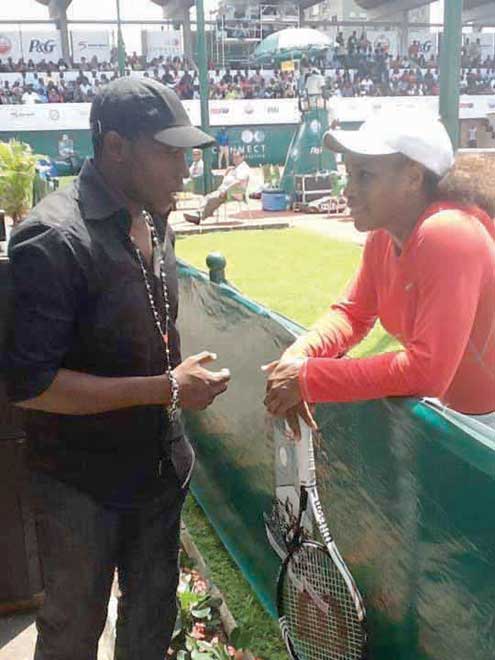 He stated that he discovered this when performing at the gala night hosted in honour of the sisters on their recent visit to Lagos.

According to him, those who are privileged to be at the party, held at the Federal Palace Hotel Lagos, would still remember how the tennis stars danced to music of various Nigerian artistes he dished out at the event.

“Disc jockeying is something I am passionate about. It’s what I love to do and what I want to do and I so much believe in it. Anytime I am on duty, I try to find out what the people want and that’s the situation with the Williams sisters. Meeting the sisters one on one and knowing their kind of music was a great experience for me,” DJ Top said.