The Economic Community of West African States mission was headed by former Nigerian president Olusegun Obasanjo and included 250 observers, deployed in each of Ghana’s 10 administrative regions.

“In the main, the electoral process was peaceful and transparent,” said a statement signed by Obasanjo.

Ghana, an ECOWAS member, had been expected to conclude its December 7 vote in one day, but a new biometric system requiring electronic fingerprints suffered breakdowns in certain districts, while in other areas voting material arrived extremely late.

In areas affected by the two setbacks, voting continued on Saturday.

ECOWAS said the technical breakdowns caused “tension and disturbances” in some areas and urged Ghana to resolve the issues going forward.

The 15-nation bloc further said that by adhering to national voting guidelines, polling officials had assured “the transparency and credibility of the process,” and called on all political camps to “accept the eventual verdict.”

Ghana’s sixth election since military rule ended in 1992 remains too close to call.

According to provisional results reported by private broadcaster Joy FM which includes tallies from 168 of 275 constituencies, incumbent John Mahama has won 49.83 percent of the vote, while the challenger Nana Akufo-Addo has 48.68 percent.

The results could evolve substantially as more districts report.

If neither candidate wins more than 50 percent in the first round, a runoff will be held on December 28.

Ghana, which boasts one of the world’s fastest growing economies, is also seeking to further burnish its credentials as a stable democracy in a turbulent region. 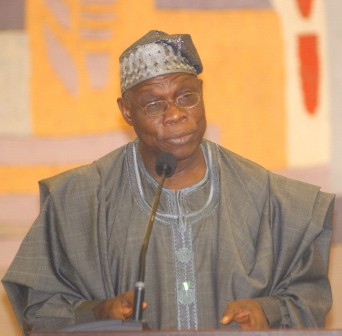