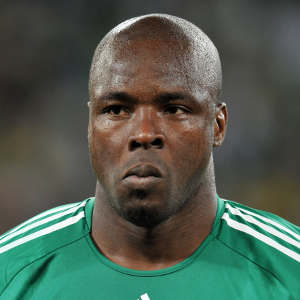 Millwall defender, Danny Shittu has told the Nigeria Football Federation (NFF) that he will not be available for the 2013 Africa Cup of Nations in South Africa, Super Sport has reported.

The 32-year old defender was included in Nigeria’s 32-man provisional squad by head coach, Stephen Keshi but he has now opted out of the competition.

Shittu sent the NFF an e-mail on Thursday to make known his position. He is the second player on the Nigerian provisional squad for the Nations Cup in South Africa that has turned down the Nigerian invitation. Shola Ameobi of Newcastle United, will also not be available. It is not clear yet how these developments will affect Coach Stephen Keshi’s plan for the tournament starting 19 J

“Yes, we received an e-mail from Shittu yesterday morning and we are still studying the situation. We cannot make an official statement until we are through with studying this,” executive committee member of the NFF, Barrister Chris Green told supersport.com.

The Millwall manager, Kenny Jackett had declared last week that he would persuade the defender not to join the Nigerian squad for the Afcon.

Shittu, who is the assistant captain of Millwall, has played 14 games for the championship side this season.