Governor Rochas Okorocha of Nigeria’s eastern state of Imo, has given out his first daughter, Uloma away in marriage to his commissioner for lands and survey, Uche Nwosu.

The marriage was consummated today at the Holy Cross Catholic Church, in Owerri, capital of Imo state, following the traditional wedding at the bride’s family home in Ogboko, 3 January.

Uloma, as the first daughter of Rochas, runs Okorocha’s charity foundation. Uche, 37 years old, also used to work for Okorocha when he was the President of the Foundation.

He was born on the 8 August, 1975. He had his early education at the Shehu Sanda Kerimi Primary School Maiduguri between 1982 and 1988 and finished his secondary education the Government Secondary School, Eziama-Obaire, Nkwerre, Imo State in 1994.

Uche then studied Urban and Regional Planning at the Imo State University and graduated in 2000.

At the white wedding today, former President Olusegun Obasanjo prayed God to bless the couple, and urged them to love each other.

In his sermon, the officiating priest, Rev. Fr. Julius Emegwa urged the groom to love his wife “as Christ loves the church” and the bride to be submissive to her husband. 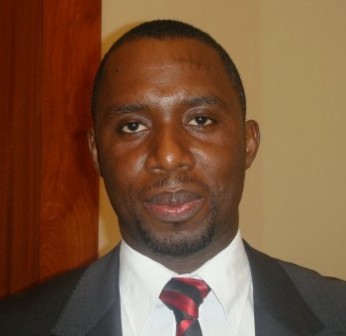 Emegwa also enjoined them to tolerate and love each other, and noted that without love, marriage would not stand.

Obasanjo advised Governor Okorocha not to be deterred by criticism of his performance.

Obasanjo, who said that Okorocha was bound to receive criticisms, urged him to remain focused on the programmes and policies of his administration aimed at developing the state.

He reminded the governor that the more good he did, the more criticisms he would attract, citing Jesus Christ as an example.

The former president noted that Jesus was an epitome of goodness, yet he was crucified by his enemies.

The father of the bride, Okorocha stressed the need for unity in the country, adding that the support he had received from people from all parts the country showed that Nigerians were becoming more united.

“I received supports and gifts from almost all the governors, including those that were represented.

“In fact, Nigeria is marching forward and very soon we will become the greatest nation in mankind if we continue like this,” he said.