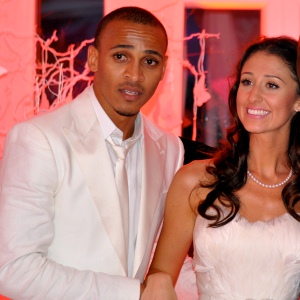 Osaze, who rescued West Brom from two goals down to draw 2-2 at home to Aston Villa in an entertaining English Premier League, EPL, Midlands derby on Saturday, announced the good news on his twitter page on Sunday.

He tweeted: “Baby Noah was born 5’30 this morning and he says hi to everyone!”

The former Bendel Insurance of Benin and Lille of France forward, who is visibly glad about the arrival of his baby boy, joked that his child came in good time to celebrate the goal he scored against Villa on Saturday.

Osaze and Sarah got married in May 2012, after a brief courtship.