The exploits of Kenya's Superman: In Pictures 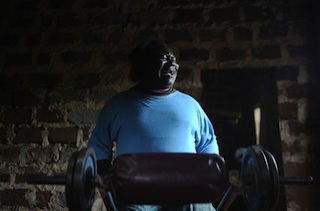 He is 67 years old, but Conrad Njeru Karukenya, aka ‘Tiger-power’ is reputed to be Kenya’s superman, capable of several breathtaking stunts.

Conrad Njeru Karukenya exercises at home in Kenya’s central highlands county of Embu, which is also his place of birth.

According to an AFP report, this living, breathing speed bump is a local legend and has a stomach that is strong enough to withstand a Land Rover running right over him.

Karukenya featured last year May in a a ‘superhuman showdown’ that featured seemingly regular human beings with incredible abilities in a contest for the title of ultimate Superhuman.

The competition was shown on UK’s Discovery channel’s Quest TV .

Divided into five unique traits: speed, strength, endurance, brain power and skill five contestants push themselves to the limit in each episode, with Conrad placed second in the strength category, and among five finalists by internationally-acclaimed scientists Dr Heather Berlin, Dr Rahul Jandial and Professor Greg Whyte who will further select the two most impressive individuals to go head to head in the gruelling final showdown.

From humble beginnings, the spiritual family man who loves eating organic food and whole grains and has never smoked or taken alchohol his entire life says,” I started doing these things as a joke while in school in 1963″.