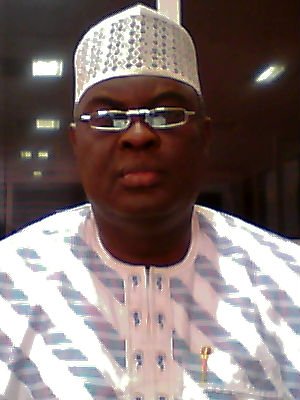 Despite all odds and constant campaign against smugglers, the Ogun state Custom boss, Prince F.Ade Dosunmu has declared that the command revenue collection for 2012 was N 5.32 billion naira, N1.7 billion naira more than what was collected in 2011.

He gave this figure during a press briefing over the weekend at Idi-Iroko Area Command and attributed the success of the command to the overwhelming support from the neighbouring communities.

Prince Dosunmu also hinted that the Command earned N568.4 million in January as against N381.8 million recorded in
the same period last year, 2012.

He described the success as unprecedented in the history of the Command, despite being the most volatile and crises-prone border area in the country.

In the anti-smuggling efforts of the Command, Dosunmu said a total of 1,084 seizures with Duty Paid Value (DPV) of N694 million naira were also recorded last year.

“Since the 5th of September 2012 when I assumed office as the Area Controller of this Command, I was able to connect and partner with the Traditional Institutions, Youths and Community Leaders of the border-line communities.

“These relations have been so well-managed that they paid off. The incidences of attacks on officers by smugglers and youths from these communities have drastically reduced because youths of these communities have become informants to our operation officers. This has boosted our revenue collection occasioned by the intensified anti-smuggling campaign”.

Advising the smugglers to invest their energy and money in legitimate businesses, the Comptroller said the Customs has facilitated the operation of Free Trade Zones which, according to him, is capable of producing over 5,000 jobs.

Dosunmu said the Command has embarked on anti-smuggling campaign to take the smugglers out of the illegitimate business, adding that, efforts were on to partner the community to achieving a smuggling free environment.

According to him, “most of the smugglers have complained of unemployment as reason why they venture into the business.Their
complaints is that they have no other job order than to go into smuggling and I told them we have free trade zone. Customs has been able to facilitate the establishment and operation of free trade zone.

He said the Command has also signed an understanding with Dangote Cement to export over 50 trailers of cement every week into the neighbouring Benin Republic, adding that, that alone will further generate employment and income to the country.

The Comptroller also hinted that the Command is in talk with the community leaders around the border towns in order to acquire land for the agriculture to further generate legitimate business for the teeming youths.

“We want to go into agriculture, if we are talking of generating employment, we did what we can to ensure that we persuade them into compliant trading and they are yielding.”

The Customs boss disclosed that as part of his plan to improve the welfare of its men and officers has embarked on infrastructural development in the Command.