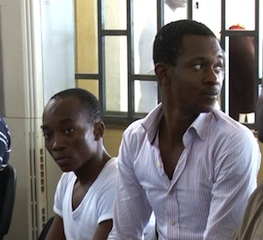 Nigeria’s Economic and Financial Crimes Commission has raised alarm over the rising incidences of e-mail spoofing and account takeover by suspected fraudsters. EFCC said in a press release signed by its spokesperson, Wilson Uwajaren on Tuesday that the trend which targets influential personalities in government, the professions and the private sector has assumed a frightening dimension in recent time with not a few people losing their e-mails to the fraudsters who deploy the accounts to various nefarious ends; including soliciting funds from friends and acquaintances of the owners of the accounts.

The Commission observed that Yahoo account owners are the most vulnerable to this scam which has brought much agony to the victims. So far, effort to engage Yahoo to rein in on the perpetrators of this heinous crime has not been fruitful. Yet their activities continue to pose grave threats to the image and integrity of the nation. In view of this, the possibility of a class action suit against Yahoo by victims who have suffered severe emotional and financial losses arising from the actions of the hackers may not be ruled out.

Nevertheless, EFCC said local banks that have cooperated with the Commission in the investigation of cases of spoofing deserve commendation for their diligence and sense of responsibility.

Meanwhile two suspects, Onuabuike Chukuebuka and Izuchukwu Emewulu, who allegedly hacked into the e-mail account of constitutional lawyer, Bamidele Aturu were today, March 5, 2013 arraigned before Justice Olasumbo Olarenwaju Goodluck of the High Court of the Federal Capital Territory, Zuba, Abuja on a five count charge bordering on intent to defraud and obtain money by false pretence.

One of the counts reads, “that you Onuabuike Chukwuebuka and Izuchukwu Emewulu and another at large, on or about the 11th day of January, 2013, at Abuja within the jurisdiction of this honourable court, did conspire among yourselves to obtain money by false pretence and thereby committed an offence contrary to section 8 (a) and punishable under section 1 (3) of the Advance Fee Fraud and other Fraud Related Offences Act, 2006”.

Though the bail application was opposed by EFCC counsel, Justice Goodluck, however, granted bail to the two accused persons in the sum of two Hundred and Fifty Thousand Naira (N250.000.00) each, one surety in like sum. The surety must be a grade level 14 officer in the civil service and resident in Abuja.

Chukuebuka and Emewulu’s problem started on Friday, 11 January 2013 when the duo hacked into the mailbox of Aturu, and sent messages to his friends and relatives that he was in desperate financial situation and needed the sum of N120, 000; an amount he promised to pay once he returned to Nigeria.

Aturu’s friends and family members however contacted him only to discover that his mailed box had been hacked into by scammers. This prompted Aturu to report the matter to the EFCC. The complainant said he never gave authorization for his email account to be used by anyone.

The suspect in their e-mail messages asked that the money be paid into a First Bank and Diamond bank accounts respectively. The banks were alerted and the accounts flagged. One of the suspects, Onuabuike was arrested on Wednesday, 16 January, 2013 at Onitsha branch of Diamond bank in Anambra State when he attempted to withdraw money from the account. When interrogated by operatives of the Commission, Onuabuike claimed that the second accused collected his account number and that he did not know he wanted to use it for criminal purposes. The second accused person was consequently arrested the next day.