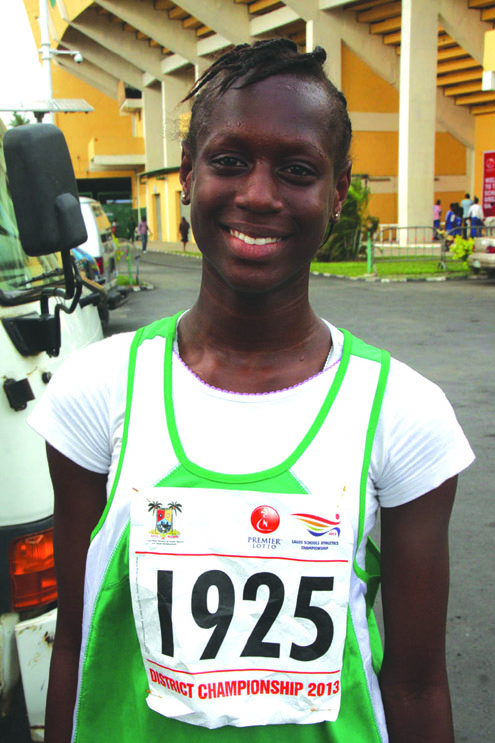 Athletics coach of International School Lagos, ISL, Ernest Ijeoma has predicted a very bright future for one of his athletes, Grace Jompe who is competiting at ongoing Premier Lotto Lagos Athletics Championship holding at the Teslim Balogun Stadium,

Jompe, a 11-year old student qualified for the grand finale of the girl’s 200m event. Ijeoma told P.M.NEWS Sports that if Jompe is properly groomed she has the prospects of ruling the track and field events in the nearest future.

In the words of Ijeoma: “Jompe may look frail now, but I see her going places in no distant time.”

On what Jompe must do to become a world athletics champion, Ijeoma said she needs the best of training, right nutrition and an experienced coach  to help her actualise her dreams”.

Giving a general overview of the Premier Lotto tourney, he said the organisers thought it wise by keeping pupils busy with track and field events, saying “Football has always enjoyed the attention of the authority, but Lagos State Government is now giving track and field lovers something to cheer. We need regular events for the coaches to discover athletes at their tender age and nurture them to greater heights”.

Speaking on the standard of the tourney, he praised the organisers for providing an enabling environment for the young athletes to compete without fear or favoritism, “I cherish the spirit of sportsmanship which the students display. They don’t see the competition as a do-or-die affair,” he said.