Liz-B Shines On A Solo Comeback 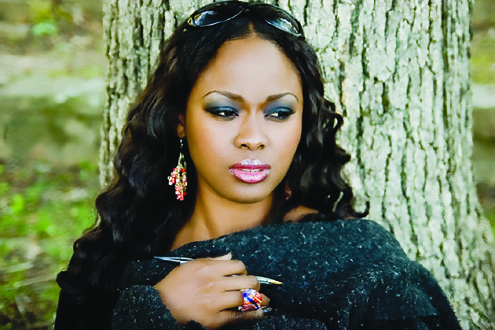 Liz-B, singer and former member of the group, PJE, has made a commanding solo comeback  with the release of her single Been Around The World.

The new work, produced by Indomix, was released alongside the music video to push the song’s lyrics. Both the song and its video are said to be enjoying considerable amount of rotations on the airwaves.

Liz-B, born Bimpe Olaiya, is also a songwriter. She began her music career as a member of the group PJE in the early 2000 and later teamed up with the likes of Ruff Rugged & Raw, Azeezat, Tony Tetuila, Rough Neck, 2Phat and Zaaki Adzay among others before she decided to establish a solo career.

She is signed to JL Wise Music, a record label owned by entrepreneur Israel Onashile.

A graduate of Marketing from the Olabisi Onabanjo University, Liz-B is currently working on another single that will feature new street favourite Olamide. She draws inspiration from the likes of Alicia Keys, Beyonce, Whitney Houston and Asa to mention a few.