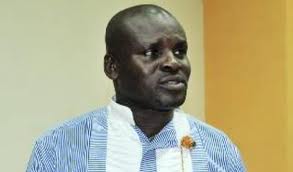 Thompson Oliha, a former Super Eagles midfielder, on Saturday appealed to the Federal Government to fulfill its promise to the team after it won the 1994 Africa Cup of Nations (AFCON) in Tunisia.

Oliha said he had yet to receive the house promised by government.

“I beg the Federal Government to fulfill its promise of giving every player in the team a house for our victory in the 1994 AFCON. I have yet to receive my own house which the government promised me 19 years ago; my great country has disgraced me and some members of the victorious team,’’ Oliha said.

He urged those in charge of allocating the promised houses to members of the team to release them.

“The people in charge of the allocation should please come out of their shells and give us our rightful possessions,” he said.

According to Oliha, players that chose Lagos for their own houses were allocated houses while he and the rest who picked Abuja have yet to get their allocation.

Oliha voiced out his frustrations to The News Agency of Nigeria in an interview.