Nakedness as means of protests: In pictures 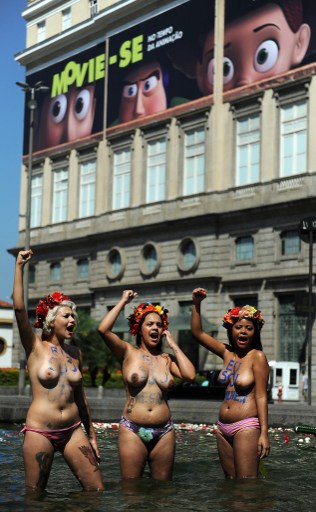 People now use all manners of tactics to gain attention for sundry causes.

In South Africa, people take part in the 3rd annual Cape Town Naked Bike Ride yesterday 9 March. This event is a protest against car culture and to raise awareness of cycling as an environmentally friendly option.

The World Naked Bike Ride(WNBR) is an initative that takes place in over 50 cities around the world.

There was protest too in Peru for the same cause. But most of the protesters didn’t strip all, however.

Finally in Brazil, female activists of the women’s rights group Femen, go topless to stage a protest against homophobia at a fountain in front of the Candelaria church in Rio de Janeiro on March 9, 2013.

So, our advice: if you want attention, go naked!