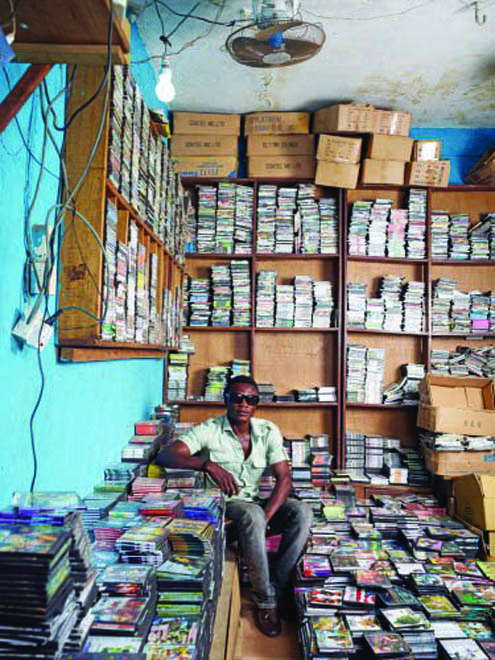 Founded in the 1970s, Alaba International Market, located along the Lagos-Badagry Expressway is by far the biggest electronics market in the West African sub-region. Thousands of people throng the market daily from as far as Ghana, East Africa, Togo, and Benin Republic to buy a wide range of items such as computers, broadcast equipment, television, videos, household appliances, refrigerators, video games, generators, security equipment and CDs. The market has a mixture of individual customers and retailers who bulk-buy for their shops across Nigeria and West Africa. Manufacturers also ensure that their products are represented in the market. Retailers from all major Nigerian cities come to the market for their supply of electronics and allied products. To an ordinary man on the street, Alaba market is just a thriving market but behind the business transactions in the market is an unquantifiable piracy business of all kinds.

Checks by P.M.NEWS BusinessWeek revealed that the piracy business which started over 10 years ago is still thriving in the market.  OA visit to the market recently revealed that many of the traders who specialize in pirating both local and international movies and music continue to smile to the banks while the original owners of the pirated works struggle to make ends meet. 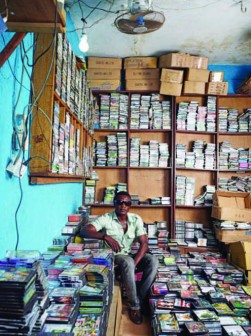 Speaking with our reporter, the source said: “Piracy is still on here and will continue to thrive. Those who have the money to go into the business are already big men. It cost over N15million to get the machines that mass produces CD, so you should know that only those who have money can engage in it. Of recent many of them have moved their businesses to some areas near the market. I believe that this is because of the many raids going on in the market by the police in conjunction with other relevant agencies that are fighting against piracy.”

One of the key players in the foreign movie business is Mr. Don, who specializes in reproducing wrestling videos in the market and has  become a household name among wrestling lovers. Virtually every wrestling video on sale in Lagos and other parts of the country is produced by him.  Although it is not certain whether he has the right to reproduce the millions of wrestling CDs that he distributes every week, it is clear that he is making millions from the business. Don has also taken advantage of the popularity of his reproduced wrestling video to attract advertisements from upcoming musicians who now advertise on his wrestling videos.

Even with the war against piracy, local movies and music has continued to be a money spinner for the Alaba pirates as Nigeria movies and music videos are more in demand than their foreign counterpart.  Weeks before any new music or home video is officially released into the market, Alaba pirates would have made their millions from the work.

At the movie and music sections of the market, thousands of movies and music CDs are usually already on sale even before their official release.  PM News BusinessWeek discovered that the constant raiding and campaigns in the market against pirated home videos have had very little effect as piracy still thrives in the market. The situation has got so bad that even record label owners now come to the market to make distribution deals. Top music stars such as PSquare, Tuface and Nice were recently reported to have made bargains with some known music pirates in the market to sell off outright the right to some of their albums. The move is believed to be a clever attempt to put the responsibility of marketing their album on the pirates since they determine which CD and DVD sell in the market. A businessman in this sort of business in the market told our reporter that every reasonable artist who wants to succeed must come to negotiate with them.

Speaking to our reporter, he said: “If an artist has a recorded album and wants it marketed, all he needs do is come to us, because we are the market. What we offer to pay depends on an artist; if it is an

established artist, we could pay up to N60 million for a three-year contract, but if it is an artist that is yet to be established, we might offer them N1 million since we are taking a risk and we don’t know if the public will accept the artist’s album.”

A new dimension was recently added to the piracy business as two persons were arrested in the market for allegedly pirating DSTV signals. The suspects John Andy and Valentine Ezenwaka were arrested for importing, selling, and distributing devices capable of illegally accessing DSTV’s broadcast signals to members of the public.

They were arrested last Friday by Police from the Special Fraud Unit, SFU.

The suspects are believed to have made huge sums of money selling the decoders which transmits all DSTV channel at no cost to the user.

As the piracy business continues to thrive in Alaba market, many have called for the closure of the market. Recently, the chairman of Copyright Society of Nigeria, COSON, and Mr. Tony Okoroji added his voice when he advised government to seal the market.  Okoroji opined that since Alaba market has become a haven for piracy, it makes sense to close the market.

The traders in the market however disagree with the idea, saying that other genuine businesses go on in the market and that it will be injustice to close a market because of a few individuals.