Govt To Blame For Fake Products In Alaba Market 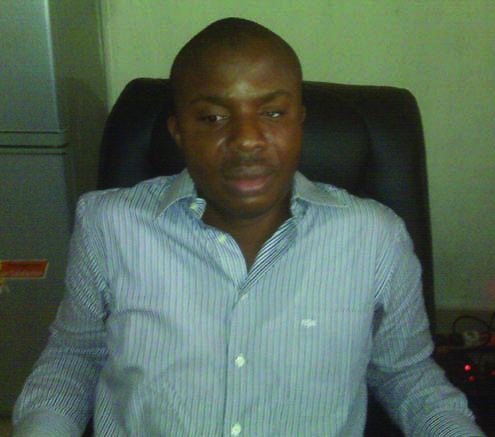 In this interview, Chief Uche Igwe, Chairman, General Electrical Dealers Association (GEDA) in Alaba International Market tells Cyriacus Izuekwe that government should be blamed for the thriving business of piracy in the country

As a big market that deals virtually in everything, you would expect people to come here. This market is the largest electronics market in Africa and comprises all the ethnic groups in Nigeria. Here in the market, there are sections that deal with electrical and electronics appliances and plants. There is the Alaba Rago section where the Hausas sell their cattle and goats. So it is a big place where you have big players conducting their business in a peaceful atmosphere.

How is the market organised?

To ensure that the market is well organised, we have a central body called Council of Sections of which I am the chairman. The council comprises the leaders of the unions in Alaba and it is the highest decision-making body in the market.We also have small units that do not have representation in the council. We still accommodate and protect them under the council’s security arrangement.

Alaba market appears to have gained notoriety for piracy and fake products. Why is this so?

That is an erroneous notion. Alaba is not a market for pirates or fake products. There are no factories in Alaba where pirated products are produced. Is it Alaba traders that bring those pirated goods through the border to Nigeria? How can you crucify a trader who bought goods he wants to sell and does not know whether it is a pirated product or not? Who are those people loading and bringing the containers from the borders? I think the blame for the influx of fake goods and pirated products in the market should go to the government. What is the SON, Standard Organization of Nigeria, doing to stop those goods from coming into Nigeria?

Are you saying there are no pirated of fake products in Alaba market?

There are fake and pirated products everywhere in Nigeria. The truth is that the blame should be directed to the government and its agents that allow all those things to infiltrate the markets in Nigeria. The traders do not even know which one is fake or pirated because they don’t have machine or machinery to know which one is fake. Therefore, SON should do their work by preventing fake products from finding their way into Nigeria.

Does that mean a customer is left to his fate in Alaba when he buys fake or pirated product?

No, we recognise the right of customers. That is why we have unions in Alaba. If a customer buys fake product and complains about it, the union will intervene if the matter comes to the union. Usually, the trader who sold the fake product to the customer will be penalized for doing so.

What would you say is the challenge of doing business here in Alaba?

Our greatest challenge is bad roads and traffic. Though the traffic police are trying their best to make the only road, that is the Ojo road, passable, the whole thing is compounded because of bad roads. You may not believe it, but it is a known fact that the five major roads leading to Alaba International Market are made of planks. The only good road we have is in Volks. The other adjacent roads that leads to the Lagos-Badagry Expressway are made of planks. It has really affected traffic along Ojo road on daily basis and the government seems to be helpless because of the tolls some people collect there. If those roads are put in shape, there will be more business in Alaba market which means more money for government.

What of the security?

There is much improvement in the area of security. I want to use this opportunity to thank the Lagos State government for deploying an  APC at Alaba. Also the police are doing their best.