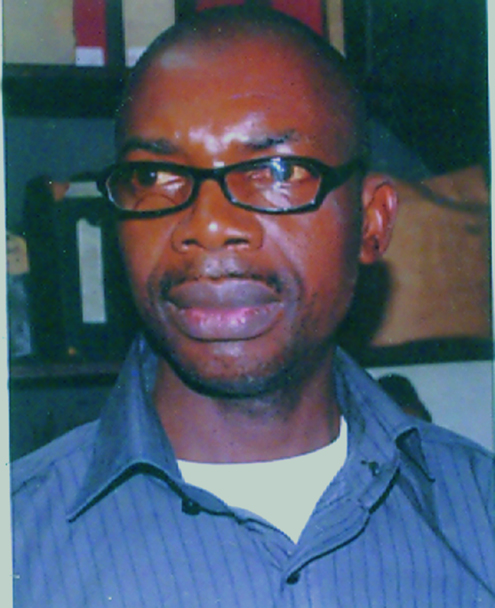 After reading Chinua Achebe’s There Was A Country and the recent three-part series on the 30-month Nigerian Civil War published by TheNEWS, I was compelled to write about that grim chapter of Nigerian history through the prism of a child, who experienced the war.

One pathetic incident I won’t forget happened on the day an Igbo man was shot dead in front of my father’s house at Mary Knoll Road (also called Abakaliki Road) in Okuku, Yala Local Government Area of present day Cross River State. He and his wife were walking down the road one evening when a Nigerian soldier accosted them. And after the brief encounter, a shot rang out and the man fell down, while the wife was asked to walk away. We did not know why that happened. The soldier then beckoned to some elders and my father, who was sitting in front of his house, to take away the corpse of the man and bury him in a shallow grave on a farmland nearby. It was my father who told us what had transpired because he watched the entire incident unfold right before him. We the kids were playing behind our compound when we heard the gunshots.

The first shot of the war, according to records, was fired at Gakem, a town in present day Bekwara Local Government Area of Cross River State. Gakem is not far from Okuku, my birthplace. So, the impact of the war was palpable. As a kid (I was about five or six years old when the war began in 1967), I could not fully grasp the import of the events that were unfolding. But as the crisis grew, I began to see mass movement of the Igbo from our town and surrounding villages to Abakaliki, Afikpo, Enugu and other towns in Igboland. Our parents, elder brothers and sisters told us why the Igbo were fleeing to their own towns.

At Gakem, guns boomed daily, sparking massive dread. Before long, the Igbo had disappeared from our towns and villages while the few that were left were assisted by our parents and neighbours to hide from Nigerian soldiers.

At the early stage, Biafra propaganda messages were the staple of radio broadcast. But those were later supplanted by “Go On With One Nigeria (Gowon)” when Nigeria was winning the war. This slogan was derived from the surname of Yakubu Gowon, the war-time head of state.

One day, as we arrived at our school, St. Joseph Primary School, Okuku, Ogoja, Nigerian soldiers had taken over our football pitch. I was in primary one then (1968). They erected their large, green tents all over and the spectacle fully brought home to everyone that war was raging. They were pouring into the sprawling school premises everyday in mammy wagons, Mercedes Benz lorries and other big vehicles. My father even lost his mammy wagon, known in Yorubaland as Bolekaja, to the soldiers, who seized and used it to convey troops to the frontlines. On the lorry was this inscription: Atabuchi Amunere (God never sleeps, in Bekwara language). The soldiers were very dark in complexion and looked menacing in their camouflage uniform and green helmets. Their rifles were fitted with bayonets; some others carried machine guns, which they mounted on the pitch during drills. Some had grenades strapped to their waists.

Their presence in our school later became a distraction, as pupils could no longer concentrate on their lessons, preferring to watch the soldiers’ drills.

After a few days, a set of soldiers was transported towards Yahe en route to the frontlines in Igbo-speaking communities, so we were told. As those were leaving, a new set poured into our school. And this continued for several months. My parents later transferred me from St. Joseph Primary School to Convent School, a smaller school that had primary three as the highest class and was nearer my home.

As the war became intense between 1968 and 1969, we began to feel its impact seriously. Nigerian soldiers took over everywhere. They dug trenches and occupied people’s homes considered large enough to accommodate dozens of them. The soldiers were fed tea and bread in the morning and canned meals such as jollof rice, sardines and beans in the afternoon. They were fed eba in the evening. The tea and other meals were prepared at Convent Primary School, which the Nigerian soldiers relocated to after vacating St. Joseph Primary School about a kilometre away.

The soldiers were very friendly with us, especially the children, and even shared their meals with us. Most of those from Idoma-speaking part of Benue State considered us as brothers because the Yala people in Cross River State have a dialect close to that spoken by the Idoma. They were only going after the Igbo, who they considered as enemies. As the war grew in ferocity, the soldiers conducted house-to-house searches for the Igbo, most of whom had fled. After some months, Biafran soldiers began to bomb Ogoja and other towns in the local government area. The famous Okuku Market, one of the largest in my state at the time, was targeted several times because some traders were still going to the market in spite of the war. It got so bad that mine and other families had to relocate to Ipuole Okuku, our ancestral home about a kilometre away.

The day we relocated to a safer place was when Nigerian troops, in an early morning raid, shelled Okuku. Bullets flew like confetti. Some families fled to Abachor and Ijegu-Yala.

I remember that while at Ipuole, food was prepared in drums for the platoons of internally displaced persons. We ate mostly jollof rice. We spent some weeks at the ancestral home before my mother fled with only me to Uchu, my maternal grandmother’s village. We later moved farther to Ijegu-Yache, my paternal grandfather’s village. At Uchu, I almost drowned twice because I could not swim. On one occasion, I strayed into a deep part of stream and was rescued by older people. The other time, one of my legs slipped off a log of wood – a makeshift bridge across a fast-flowing river. We were relocating to Ijegu-Yache when this happened, but my mother quickly grabbed me before the river could sweep me away.

The continual relocation ensured that I ended up attending five primary schools, the last being Presbyterian School, 4 Corners, Ikom, where I obtained my school certificate in June, 1973.

Malnutrition was fully felt during this period, as farming activities were curtailed because of the war. Sadly, I lost two of my half-brothers, Idiku and Ogar, who were about my age, and my immediate younger sister, Otelahu, to malnutrition and other diseases which could not be properly treated because of the war. But God spared my elder sister, Mary, who was in a secondary school at Ezillo in Ebonyi State when the war broke out. She managed to board a mail delivery truck, which came from the East every day, and arrived safely before the war escalated in Igbo-speaking towns. She completed her secondary education at Mount Carmel Secondary School, Igoli, Ogoja, at the end of the war.

In the thick of the war, Biafran soldiers were flying fighter jets to bomb our communities. Mary Knoll College, Okuku, an elite school that I later attended after the war, was severally bombed. The legacy of those raids were craters, which remained many years after.

Bullets also perforated my father’s house at Okuku. Throughout the war, my father and other older persons did not flee anywhere. Only women and children were asked to flee to the hinterland. They returned when the war shifted fully to Igboland.

One day, my uncle, Joe Idiku Odey, was humiliated at a military checkpoint. He didn’t get down from his bicycle when he approached the checkpoint. This incensed the soldiers, who compelled him to get down and frog-jump. After that experience, he decided to join the army, fought on the  Nigerian side and was shot in the arm. He came home briefly after the war and served until his retirement in the late 1970s.

Also, during the war, we were given powdered milk in bowls at Convent Primary School. We didn’t know how the sacks of milk were brought to our school. But whenever the milk was to be shared, we were told the previous day to bring bowls to collect the prized item. It continued several months after the war in 1970 when I was in primary three. Perhaps the powdered milk saved some of us from dying from kwashiokor.

The frenzy of the war also caught up with youths in my town, including my elder brother, Alada, and half-brother, Worda (now deceased). They helped the soldiers to wash and iron their uniforms. Unlike the older boys they were too young to be conscripted, but they eventually followed their ‘masters’ (the soldiers they were serving) to the war front. They were lucky to have returned alive after the war. Worda died decades after the war. Several years after the war, we were picking unexploded ordnance such as grenades and live bullets. Some even exploded during bush burning in the dry season.

– Odey is the editor of P.M.NEWS, our sister publication.