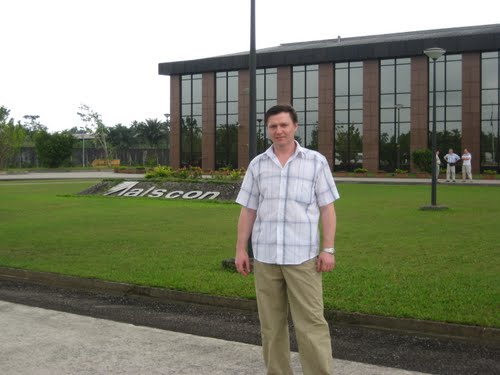 A Russian stands in front of ALSCON

Rusal, the aluminium company of Russian oligarch Oleg Deripaska on Friday halted production at ALSCON, Ikot Abasi in Nigeria’s Akwa Ibom state, 10 days to the hearing of a $2.8billion suit against it by the US group, BFIG, which Nigeria’s Supreme Court ruled last year should be the authentic owner of the plant.

Rusal said it was suspending operations at the Alscon because the Nigerian government never followed through on a promise to provide it with sustainable gas supplies.

“Today, despite all measures undertaken by the company, Alscon does not have a reliable and continuous gas supply,” Rusal said in a statement.

“Aluminium production at the plant is deeply loss-making, which renders it impossible to fully utilise the existing capacities.”

Nigeria’s Supreme Court had stripped Rusal of its ownership of the formerly state-run Alscon in July 2012 and awarded the smelter to the US group BFI.

Rusal disputed the decision and kept its claim on the plant. It won control of its operations in December 2006 and now owns an 85-percent stake.

BFIG has in the meantime sued RUSAL to wrest control of the plant from it.

Company sources said the suit would be heard at the Abuja High Court on March 25, 2013, as RUSAL foot-dragged in giving up the plant.

BFIG wants RUSAL to compensate it for alleged interference in a contractual relation with the Federal Government; interference in a prospective business advantage on ALSCON; conspiracy to defraud BFIG; and unfair competition.

He said the Russian firm was served the court summons on January 29, 2013, adding that BFIG would ensure that the Supreme Court order was obeyed.

The Bureau of Public Enterprises had on January 30, 2013 said it had transmitted an offer letter and the Share Purchase Agreement for ALSCON to the BFI Group.

The Russian giant posted a net loss of $55 million for 2012 following lacklustre demand for metal and falling prices.

It has repeatedly vowed to eliminate loss-making enterprises in a bid to make production more efficient.