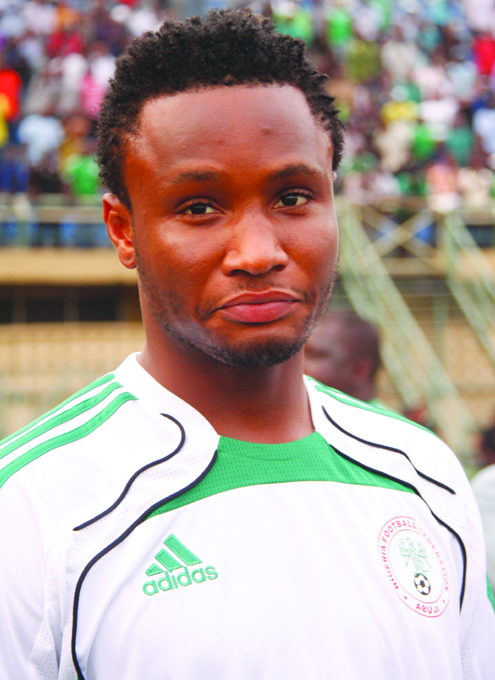 Chief Coach of the team, Stephen Keshi had to call off Tuesday morning training session because of the number of players in camp, stating that he expects a full house Tuesday evening.

The players that have hit the Transcorp Metropolitan Hotel camp of the Eagles as at the time of filing this report are: Chelsea duo of Mikel Obi and Victor Moses, Dynamo Kiev of Ukraine’s Brown Ideye; SS Lazio of Italy’s Ogenyi Onazi and returnee Eagle, Nnamdi Oduamadi of A.S. Varese 1910 FC, Italy.

Others are Academica’s John Ogu and Kenneth Omeruo of ADO Den Haag.

The players are expected to be part of the Tuesday evening training scheduled to hold at the Abaraham Ordia Sports Complex inside the University of Calabar, Cross River state.

Meanwhile, Eagles’ midfielder, Sunday Mba is pleased to have made the 24-man list for the tie.

Keshi had threatened to drop the player as he had not yet resumed playing competitively despite the domestic season already in full bloom.

However, Mba has now been included in Keshi’s final squad alongside eight other stars from the NPFL and 15 overseas-based players.

“I am pleased and relieved to have made the list. As always I will give 200 percent. Now the next step is to work hard in training and hope I get selected by the coach to play on Saturday,” Mba said.