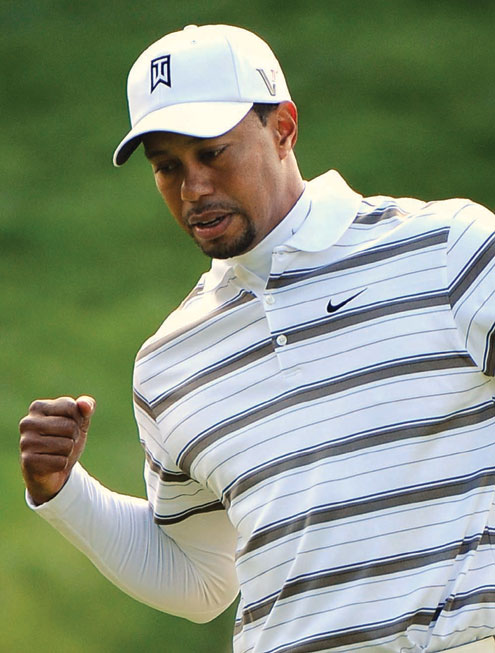 Tiger Woods could officially become world’s number golfer on Sunday if he could win the Arnold Palmer Invitational.

This is significant, no matter how much Woods remains consumed with chasing down Jack Nicklaus and his 18 major titles. Given how far Woods fell in 2010 and ’11 – winless, injured and widely mocked for his personal travails – it will qualify as a monumental accomplishment if he returns to the summit.

Woods hasn’t been No. 1 since October 2010, nearly 29 months ago. He plunged as low as No. 58 during his long drought, stirring widespread skepticism he would ever again resemble Old Tiger.

Now, at age 37, he doesn’t look like Old Tiger in some respects – his reshaped, sweeping swing is strikingly different, for starters. But he’s winning again, five times in the past 12 months, and another victory at Bay Hill (where he already has seven) would vault him past Rory McIlroy in the world ranking.

“I’ve got to win this week — not too complicated,” Woods told reporters yesterday in Orlando. “I don’t think people really realize how hard it is to become No. 1 in the world in the first place … and to sustain it for a number of years.”

He has spent a remarkable 623 weeks, or one week short of 12 full years, in the top spot. The distinction brought him abundant fame and wealth, and also withering scrutiny when his personal life imploded.

Woods tends to downplay the No. 1 ranking, insisting he merely wants to win tournaments and then the ranking will take care of itself. He also indirectly devalues the cachet of being No. 1 through his open, longtime obsession with surpassing Nicklaus.

Put another way: He could win Sunday, regain the top spot and people will still ask, “What’s wrong?” if he doesn’t slip his arms into a green jacket April 14 at Augusta National.

On that front, Woods’ early-season success guarantees nothing when it comes to the majors. He remains stuck at 14, needing five to break Nicklaus’ record.

If Woods doesn’t win the Masters, he will arrive at the U.S. Open in June without a major title in five full years.