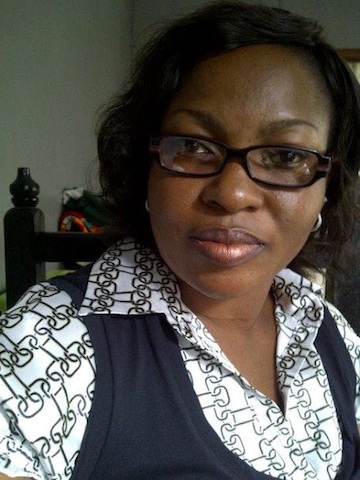 The General Manager of the station, Mrs Bennie Mordi, announced this today.

She said the abduction occurred around 8.30 p.m, adding that Oke was abducted in front of Jojain Hotel, Oba-Ile, while returning from work.

Olubunmi was going home with her baby and the housemaid. She was kidnapped alone.

Bennie Mordi said a witness narrated that a taxi cab trailed the victim’s vehicle and drove across it, forcing it to stop before taking her away.

Mordi, who expressed worry about the situation, said “this is serious, I cannot imagine what they wanted from a journalist, where is the money they wanted. I pray for God’s immediate intervention for safety and peaceful release of my staff member’’.

She said the taxi cab used for the crime had been recovered in Igbara-Oke in Ifedore Local Government Area of the state.

The Police Public Relations Officer (PPRO) of Ondo State Police Command, Mr Wole Ogodo, confirmed the incident, saying that they were “on top of the case”.

Oke’s colleague, Mrs Kemi Fakeye, told NAN that the victim’s mother, simply called Mrs Lawal, had on Friday received a telephone message from the abductors, demanding a ransom of N8 million for her release.

She appealed to the law enforcement agencies to ensure her freedom from the abductors.

The state chapter of the Nigeria Union of Journalists (NUJ, in a statement by its Secretary, Mr Ebenezer Adeniyan, on Friday condemned the act. The NUJ called on the police to act fast to ensure her safety and release.

Members of staff of the NTA at Oba-Ile station, assembled in groups, discussing the matter when a correspondent visited the station.